Titans of the Clyde 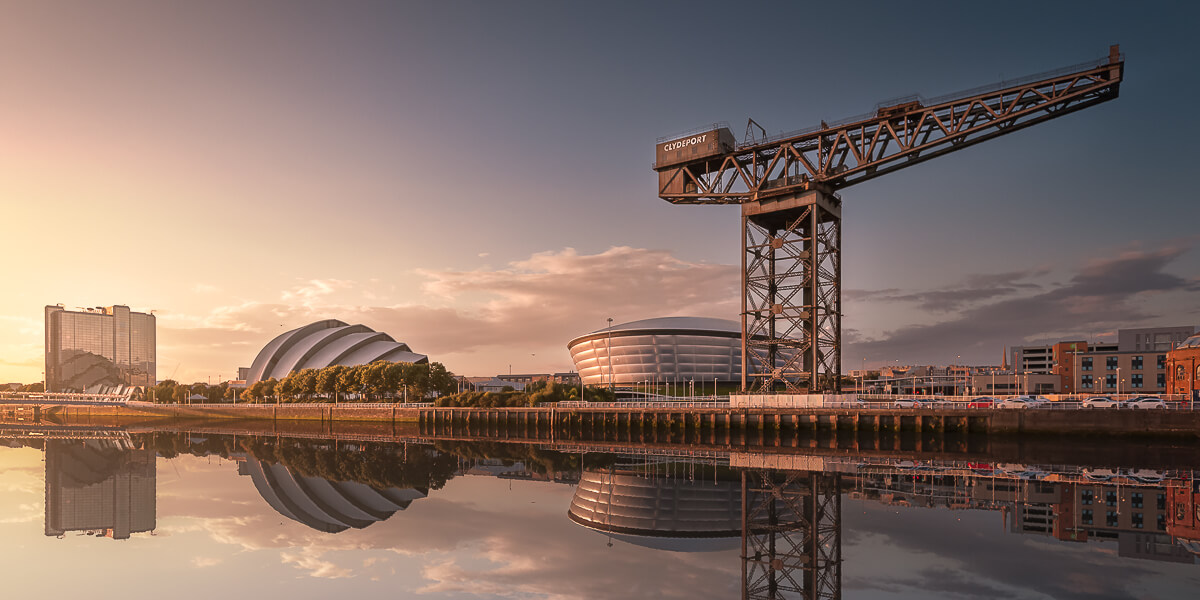 I named this artwork Titans of the Clyde because it has several of Glasgow's most iconic buildings. From the right, the Finnieston Crane, one of the eleven giant cantilever cranes remaining in the world. It symbolizes the city's engineering heritage and shipping industry. To the left of the crane, the SSE Hydro is an indoor arena completed in 2013. It is the latest addition of "titans" in Glasgow, a reflection of the city's redevelopment and modernization project. The third from the left is the Scottish Exhibition and Conference Center, also known as the SECC but more frequently called "the armadillo" due to its architecture. The building on the far left is a hotel. It was operated by Crowne Plaza at the time this was created. The mirror image formed by the reflection symbolizes the building's past and present state while the natural light from the sunset emphasizes the unique structure of each titan.

TITANS OF THE CLYDE IS A LIMITED EDITION PRINT 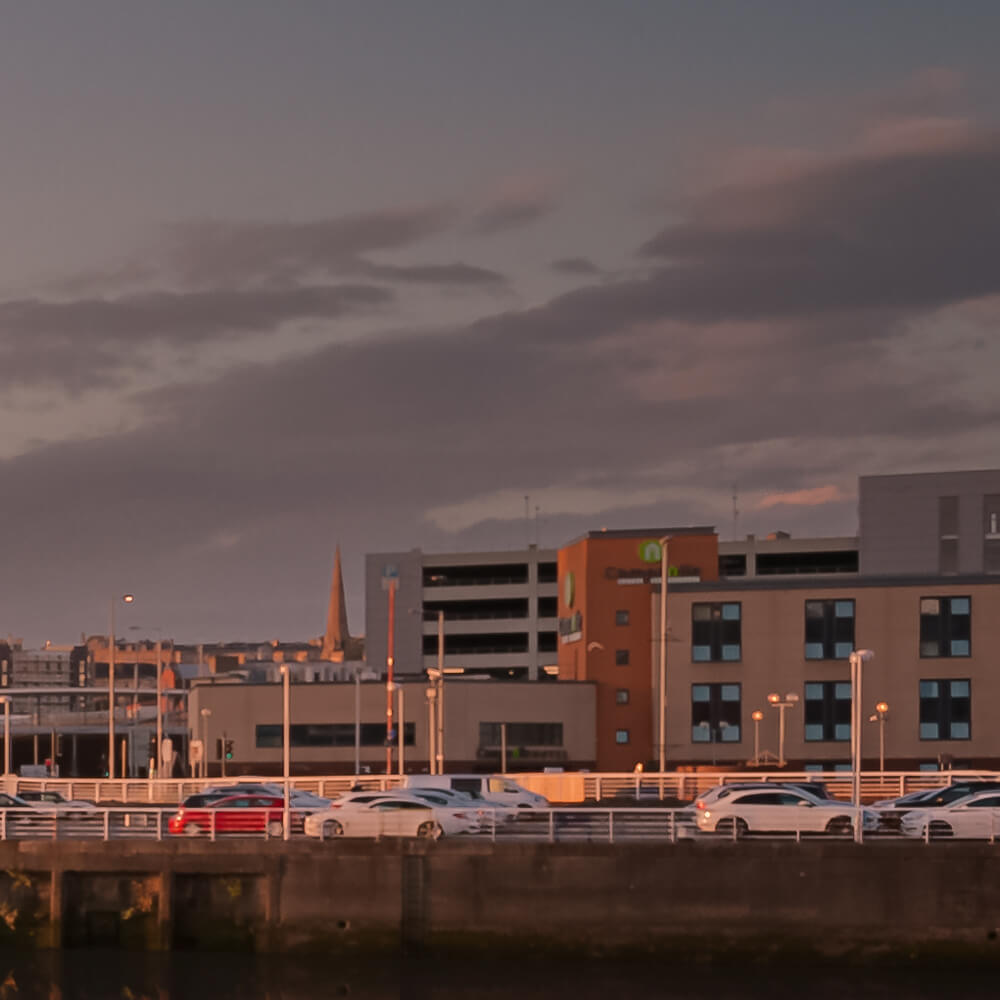 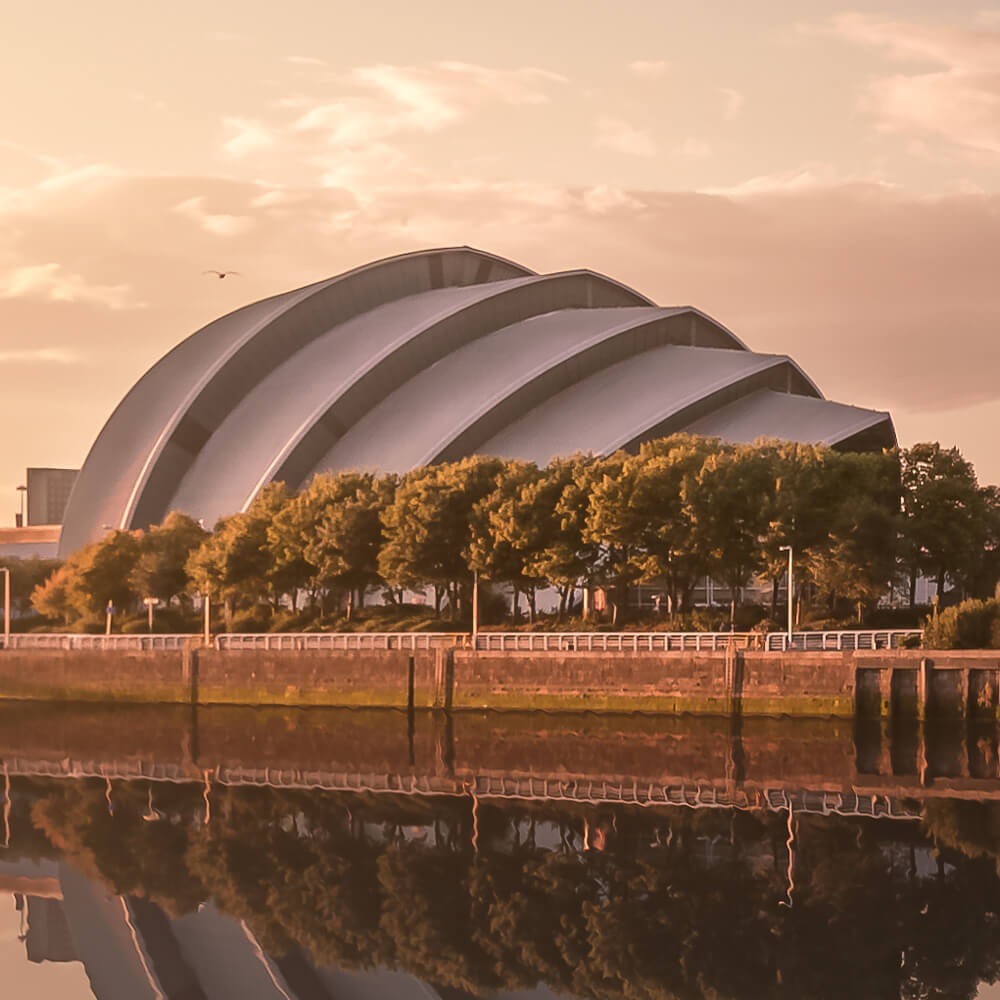 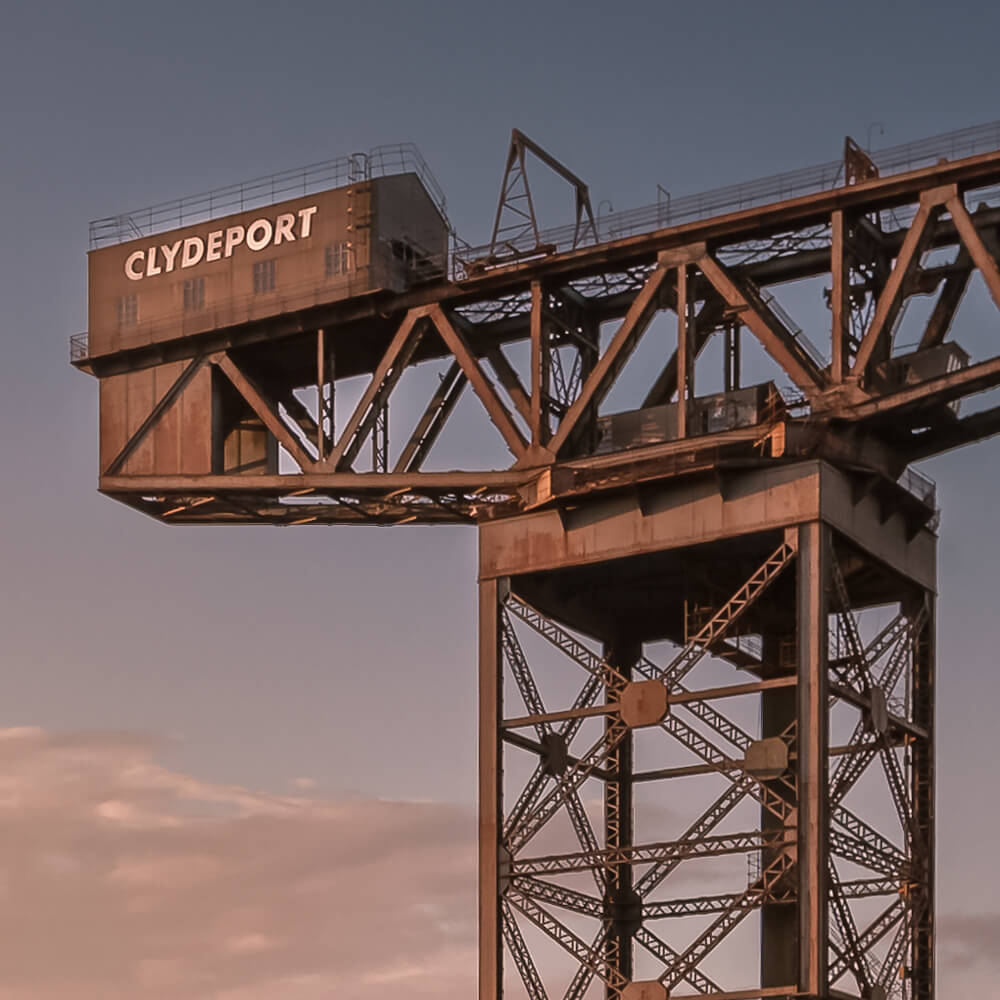 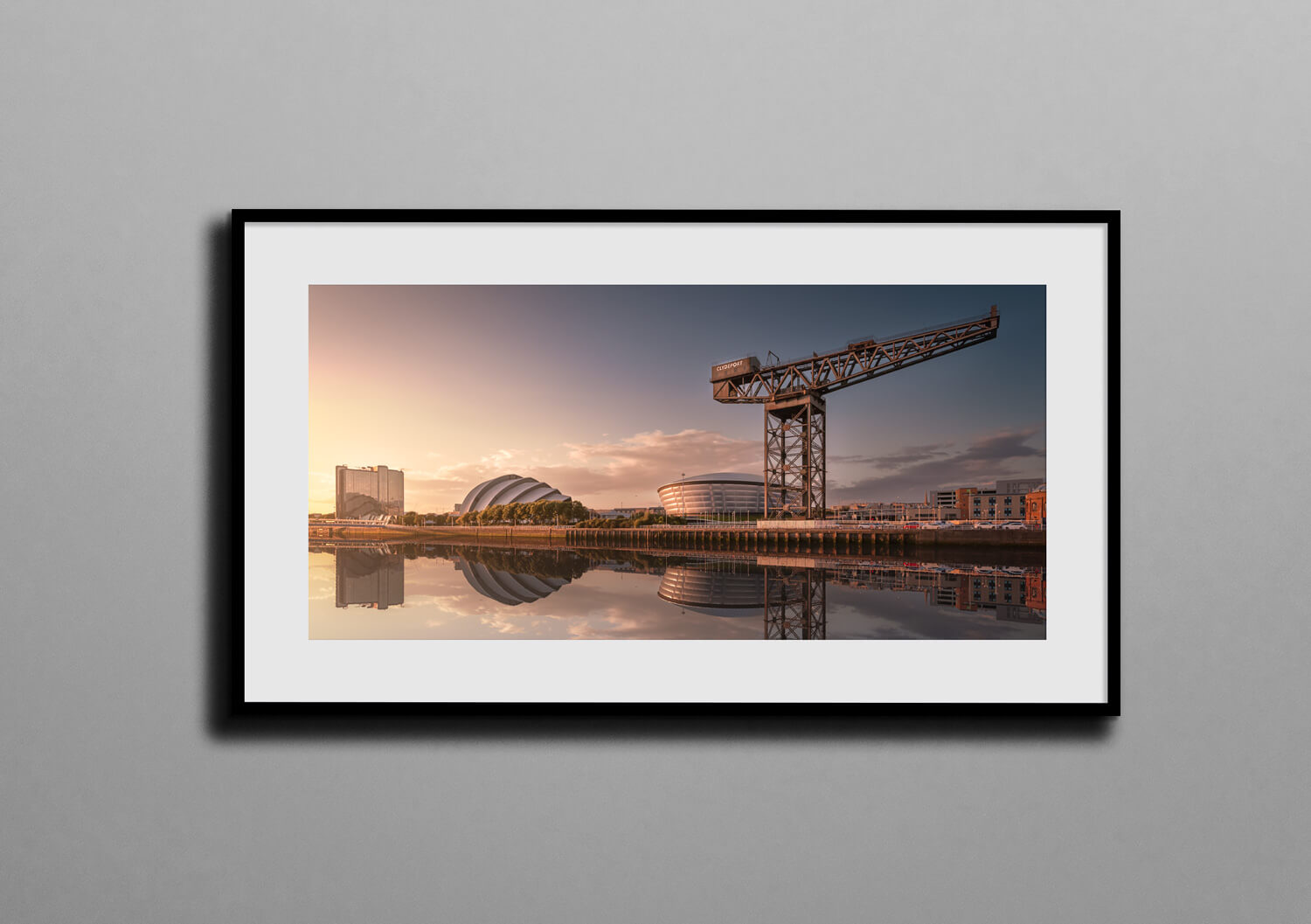