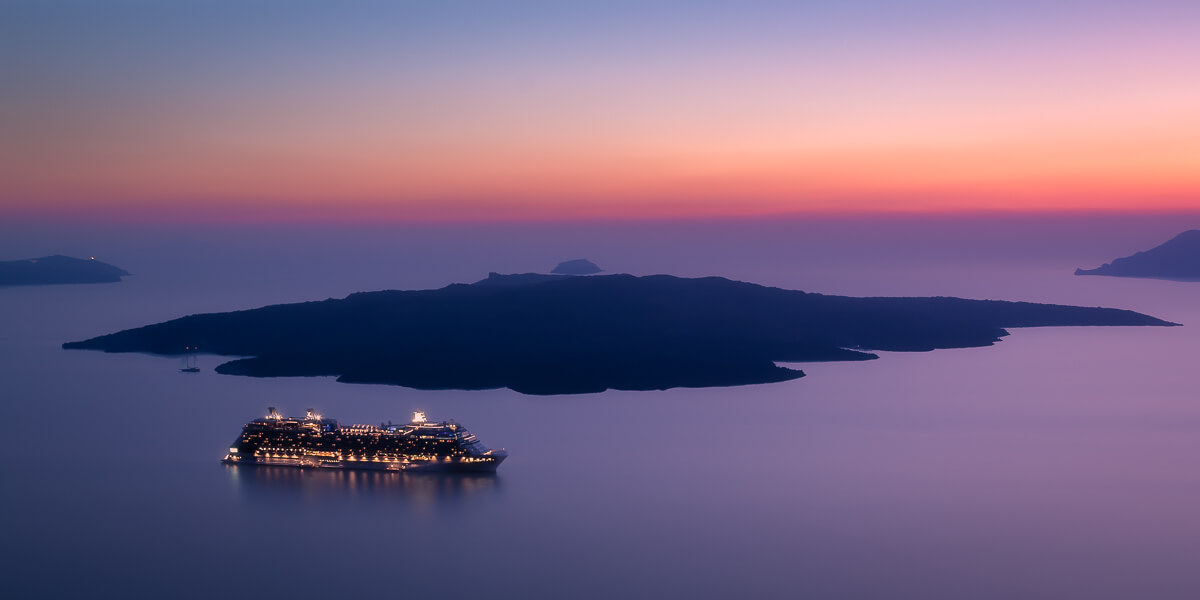 Thera is the ancient civilization that occupied the mountaintop of Messavouno on Santorini island in Greece. It dates back to the 9th century BC and was ruled by a mystical ruler which the city was named after. The volcano which you can see in the photograph erupted around 1600BC before Thera even existed.

Watching the sunset in Santorini is very different compared to anywhere else. Being on a small island in the middle of the Aegean Sea, you are completely devoid of the bustling atmosphere of big cities. You are surrounded by nature that has survived and remained unchanged for thousands of years. Knowing you are sharing the same view and breathing the same salutiferous sea air as the inhabitants of ancient Thera is utterly mind-blowing.

This photograph was created from the cliffs of Santorini. The volcano at the center is surrounded by the sea with the rest of the island engulfing it in a "C" shape. The two ends of the island are visible on both sides of the photograph. The sun has already set, leaving the sky with iridescent color that faded gently into the good night. The cruise ship that turned on its light as darkness approached was deliberately included in the frame as a touch of present-day to contrast the primeval seascape.

THERA IS A LIMITED EDITION PRINT 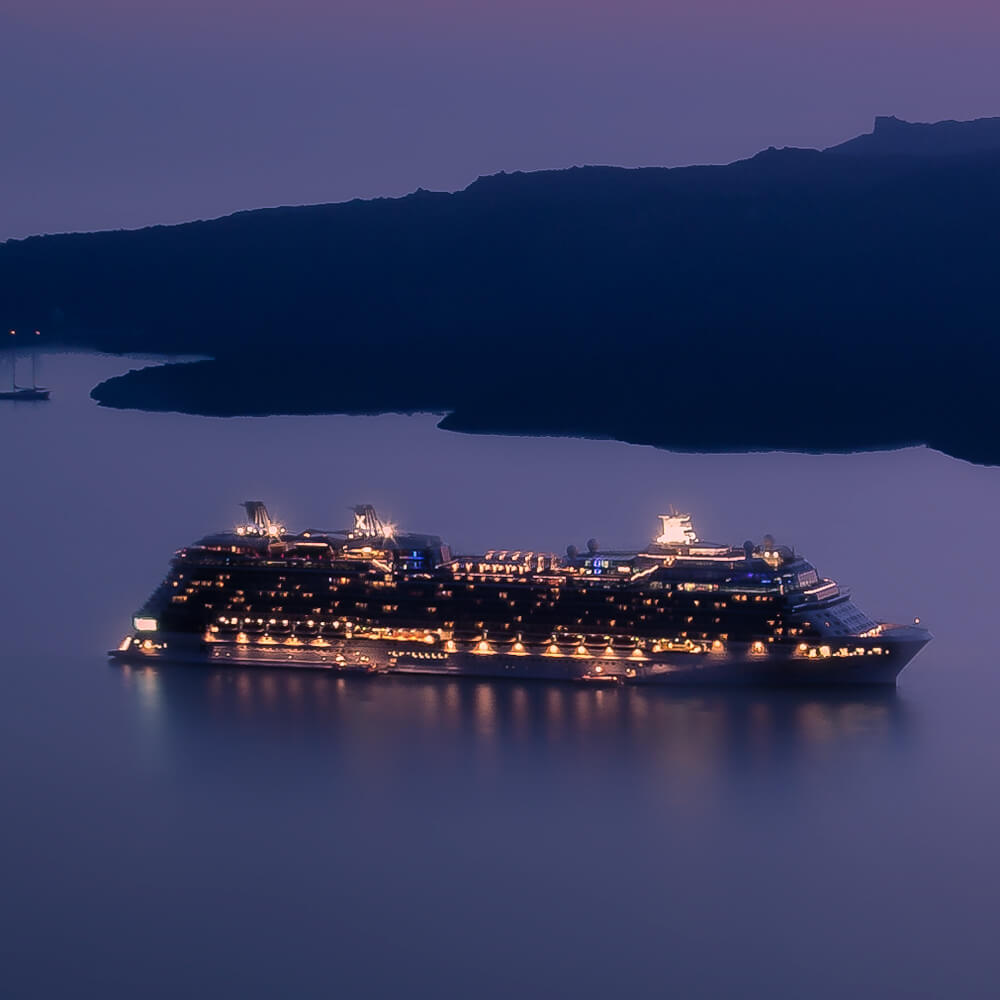 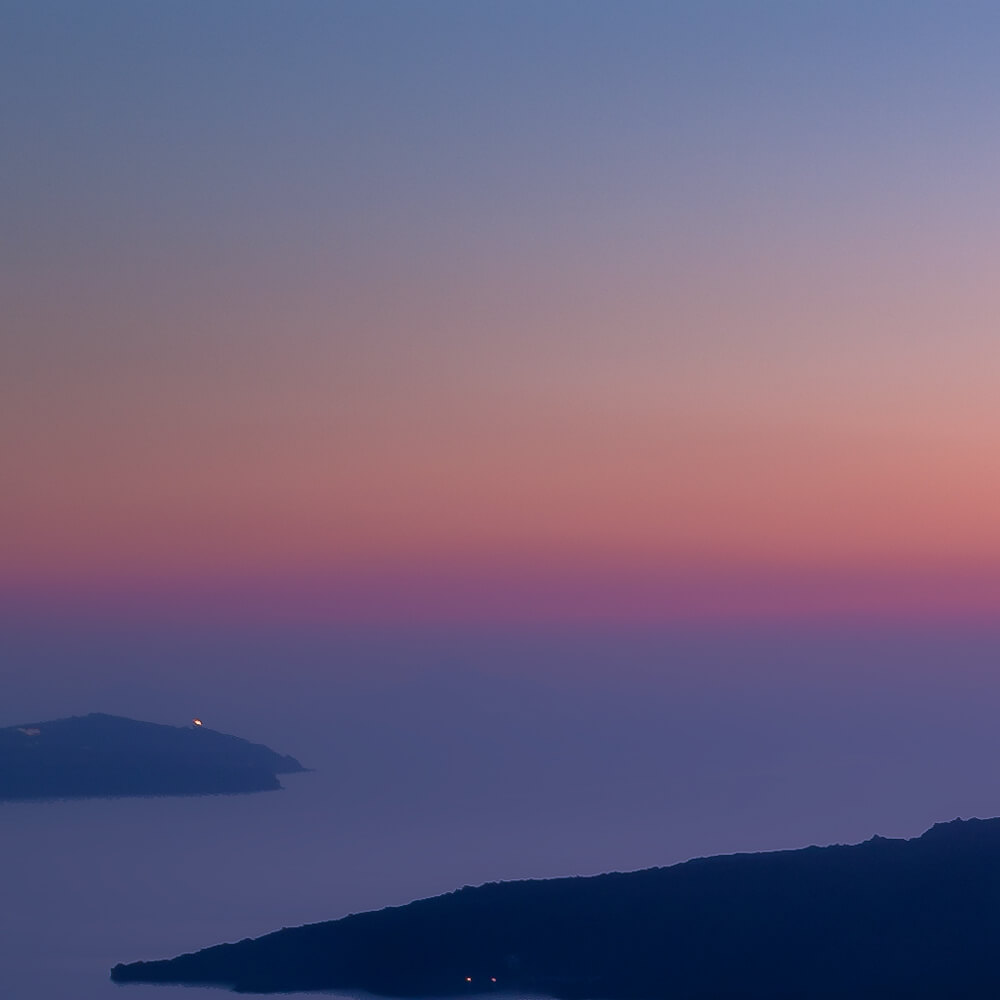 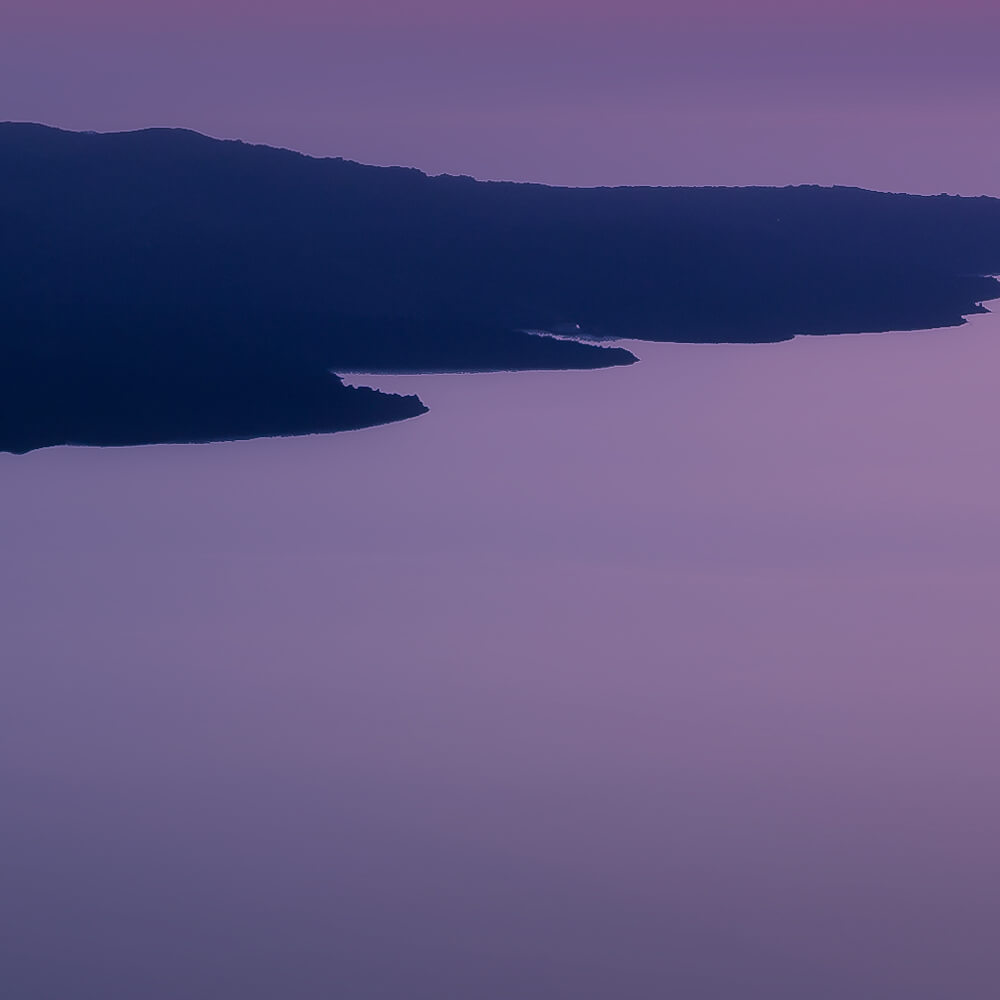 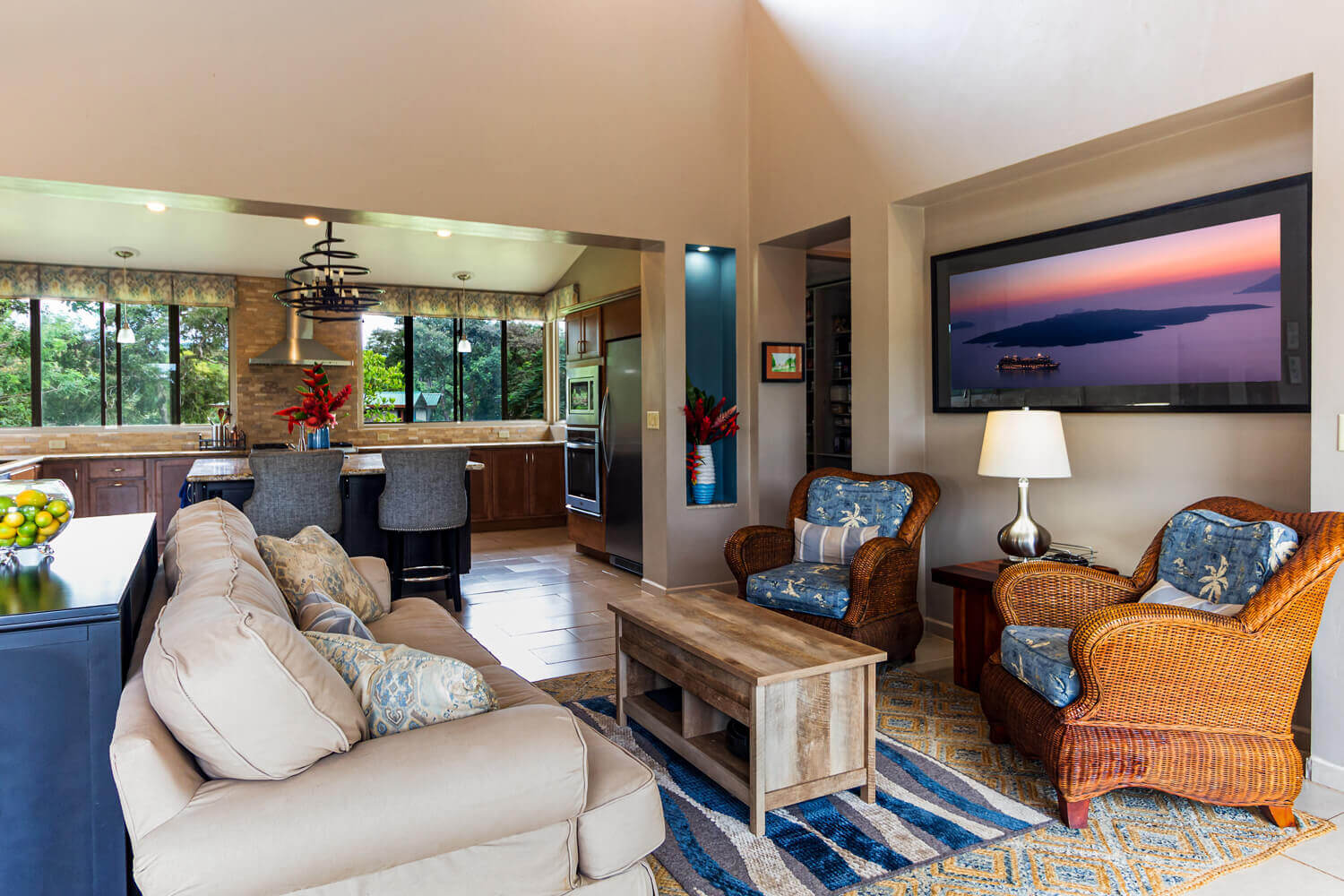 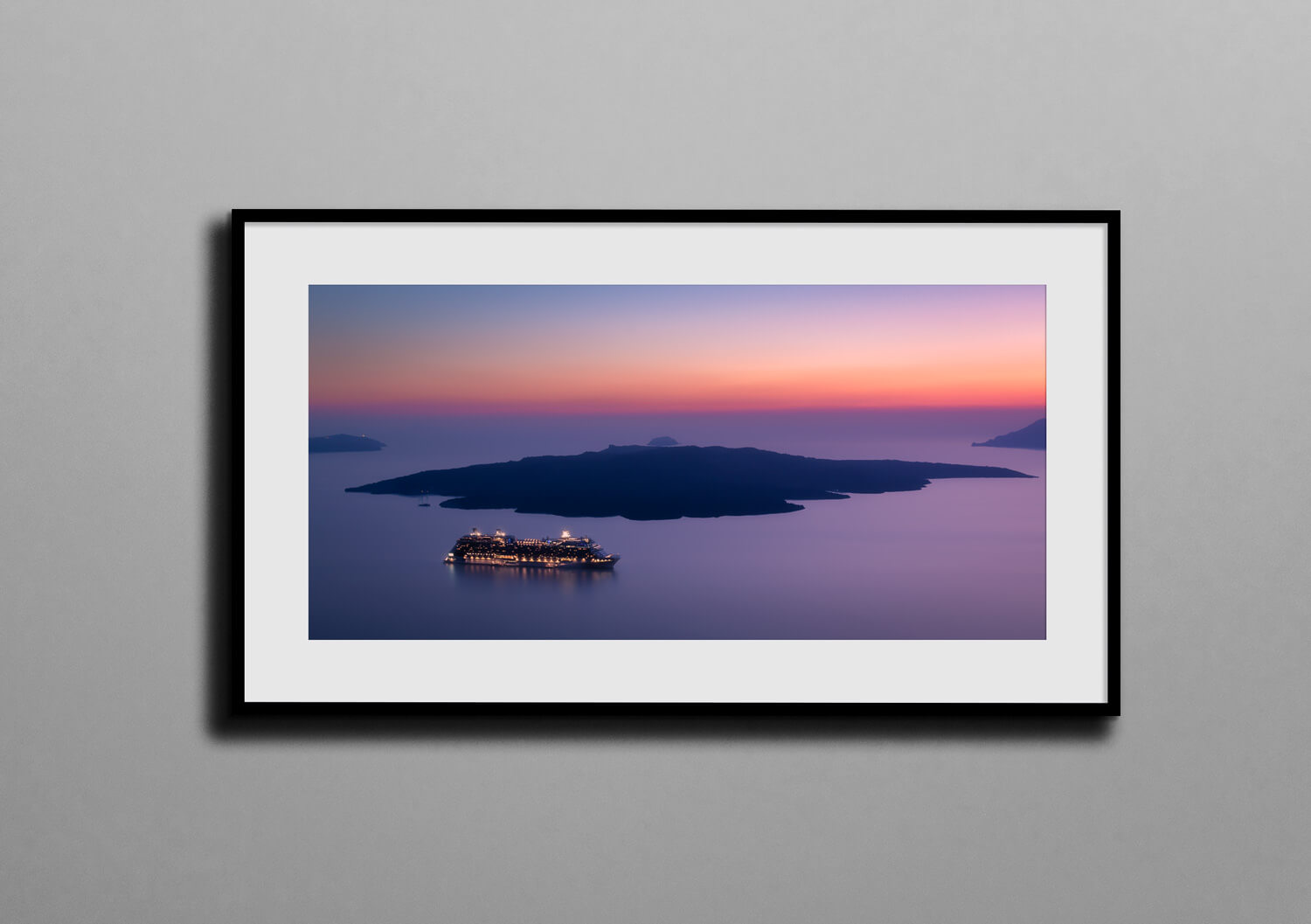