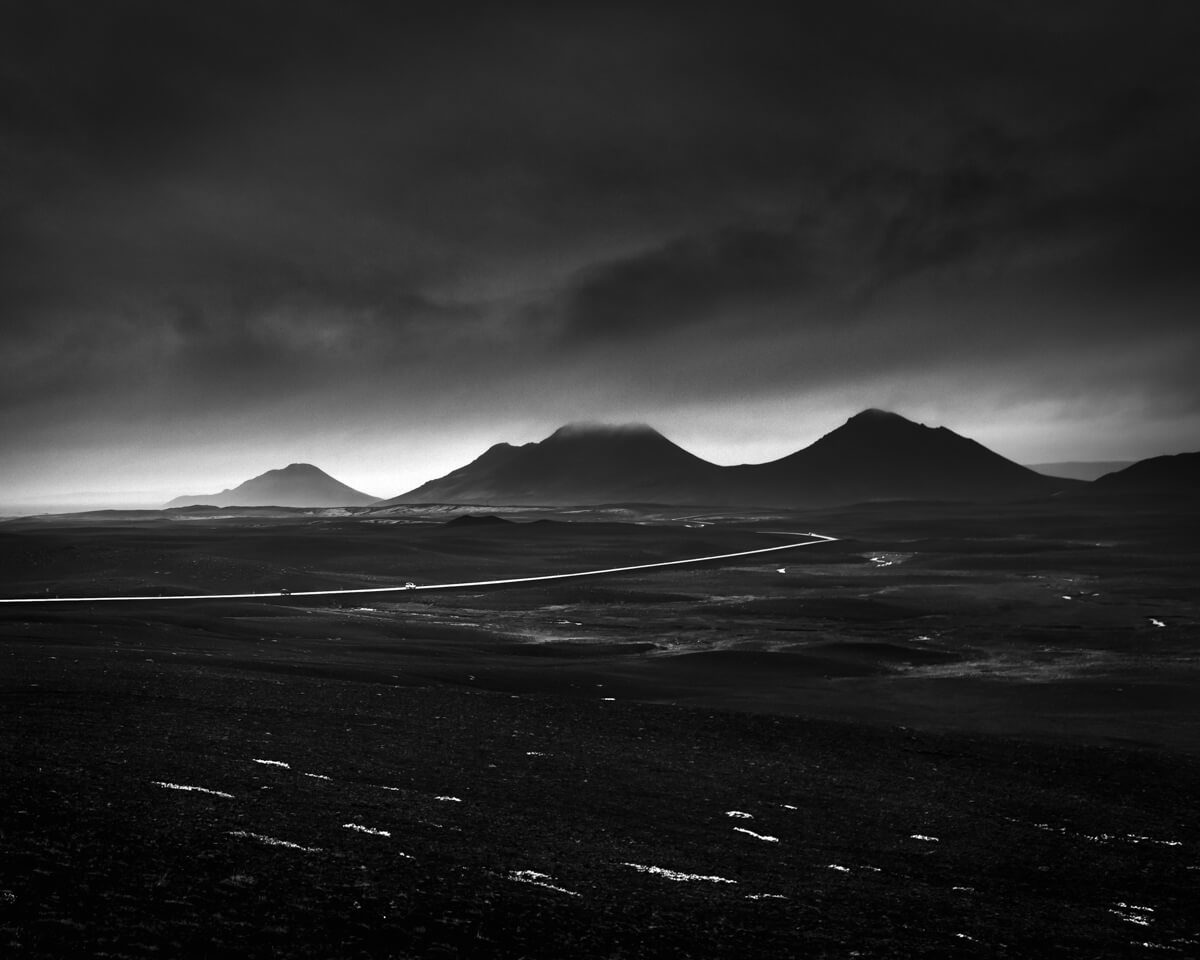 This was my second visit to Iceland. We arrived in Reykjavik first before heading out into the wilderness. The weather hadn't been kind, it was gloomy with low lying clouds, heavy fog, and frequent showers most days. On this particular day, I was on the ring road heading east towards the Vatnajökull National Park where the volcanos and icecap are located.

To say the scenery in Iceland is one of a kind is an understatement. We have driven past moorland filled with nothing but lava rocks and moss, majestic waterfalls that reminded us of Rivendell, and surreal landscapes that resembled Mars. This photograph was created along the journey during a pit stop. The mountains of Vatnajökull were sandwiched between the land and the clouds. I could see the road we were going to travel vanished into the distance like the journey into the center of the earth. The expanse of the landscape and its unforgiving nature really put our fragile and short-lived human life into perspective.

The name of this artwork has several meanings apart from sharing the same title as the 2012 James Bond movie. In some places, it literally means falling from the sky, much like how the clouds were so low that it obscured part of the mountains. Skyfall also means "downpour" in Swedish, exactly like how it was during my visit.

SKYFALL IS A LIMITED EDITION PRINT 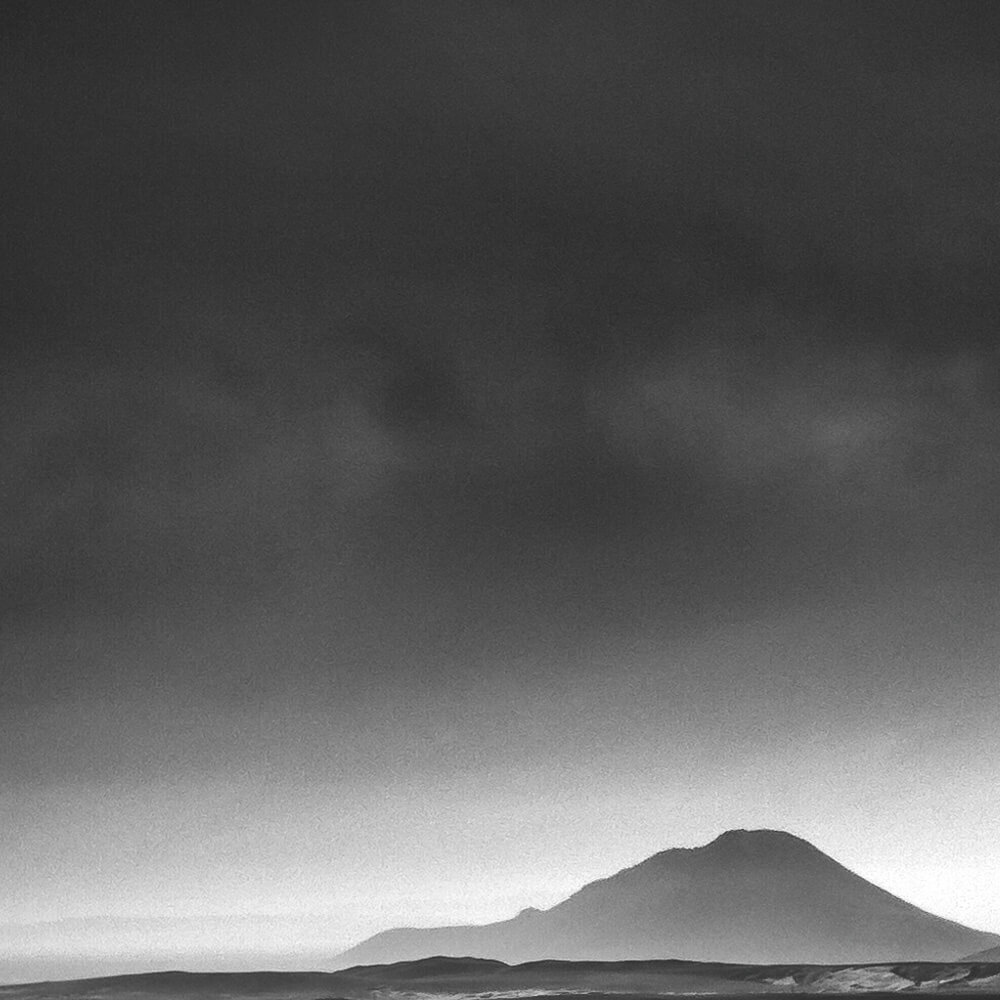 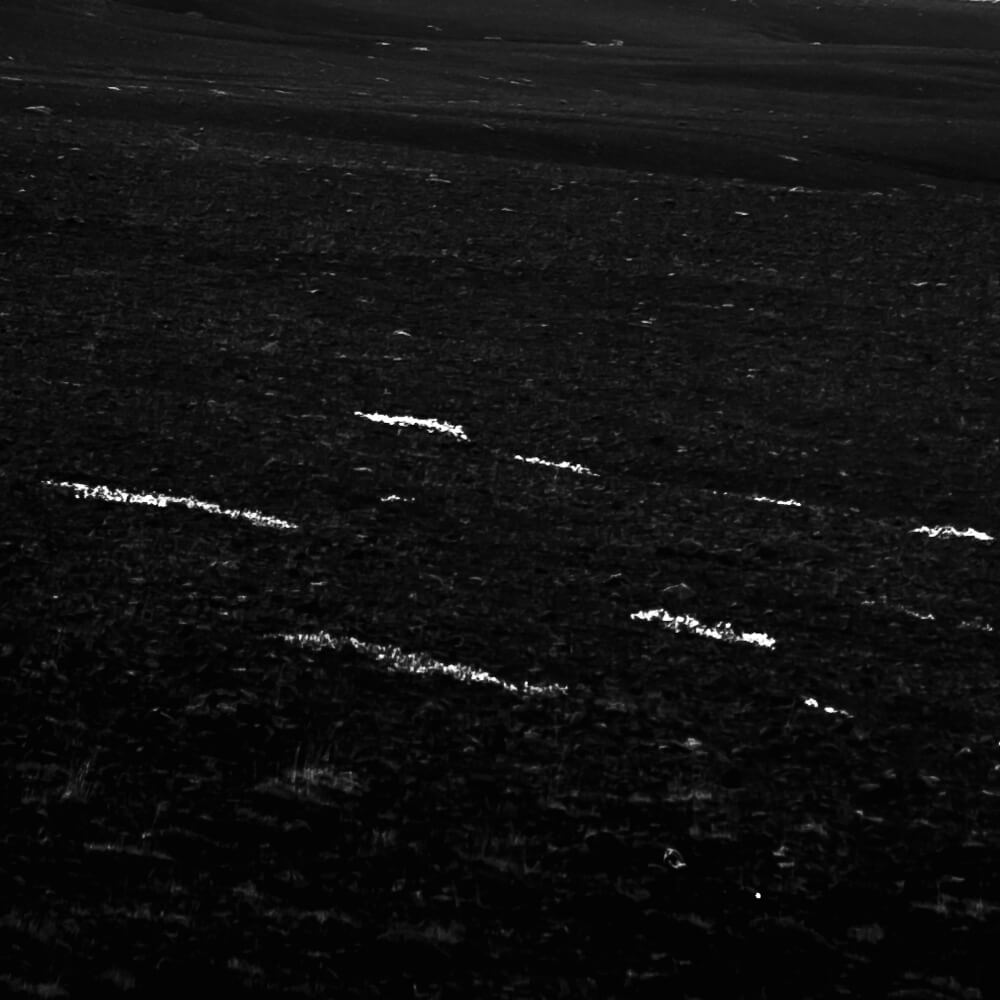 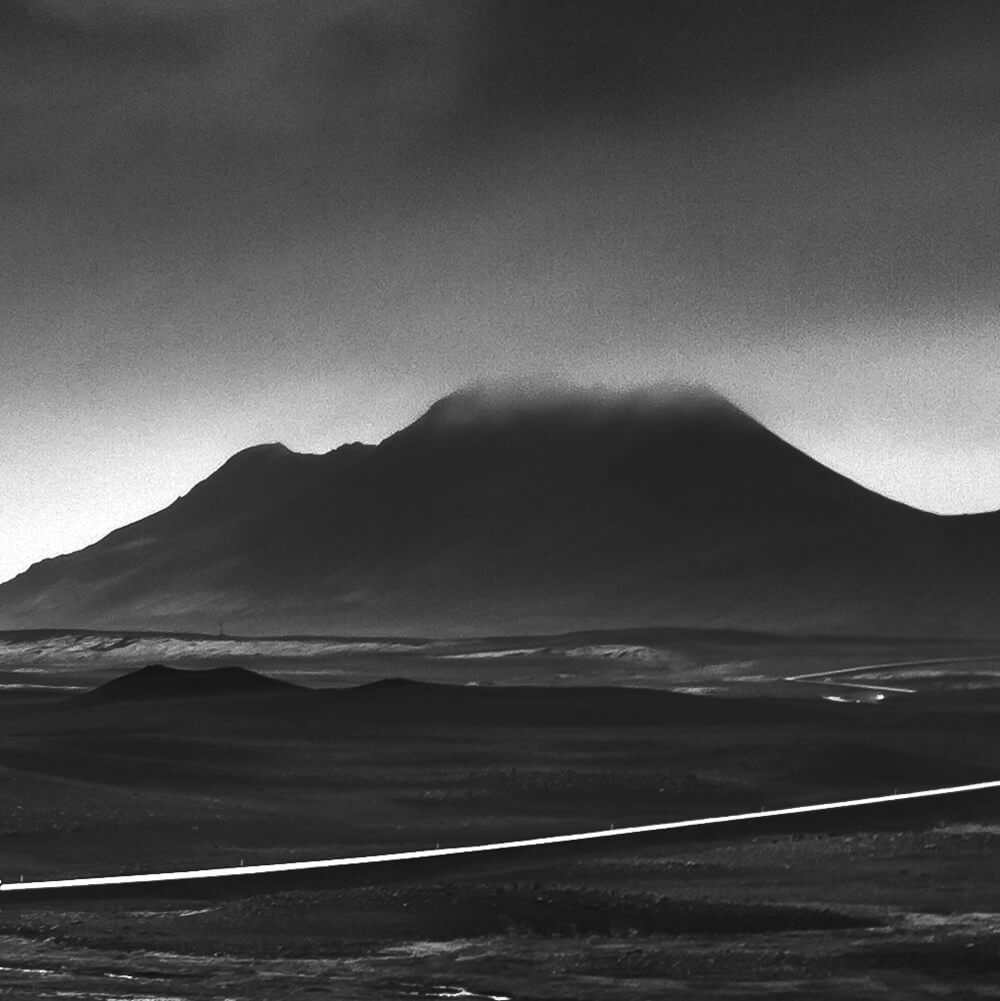 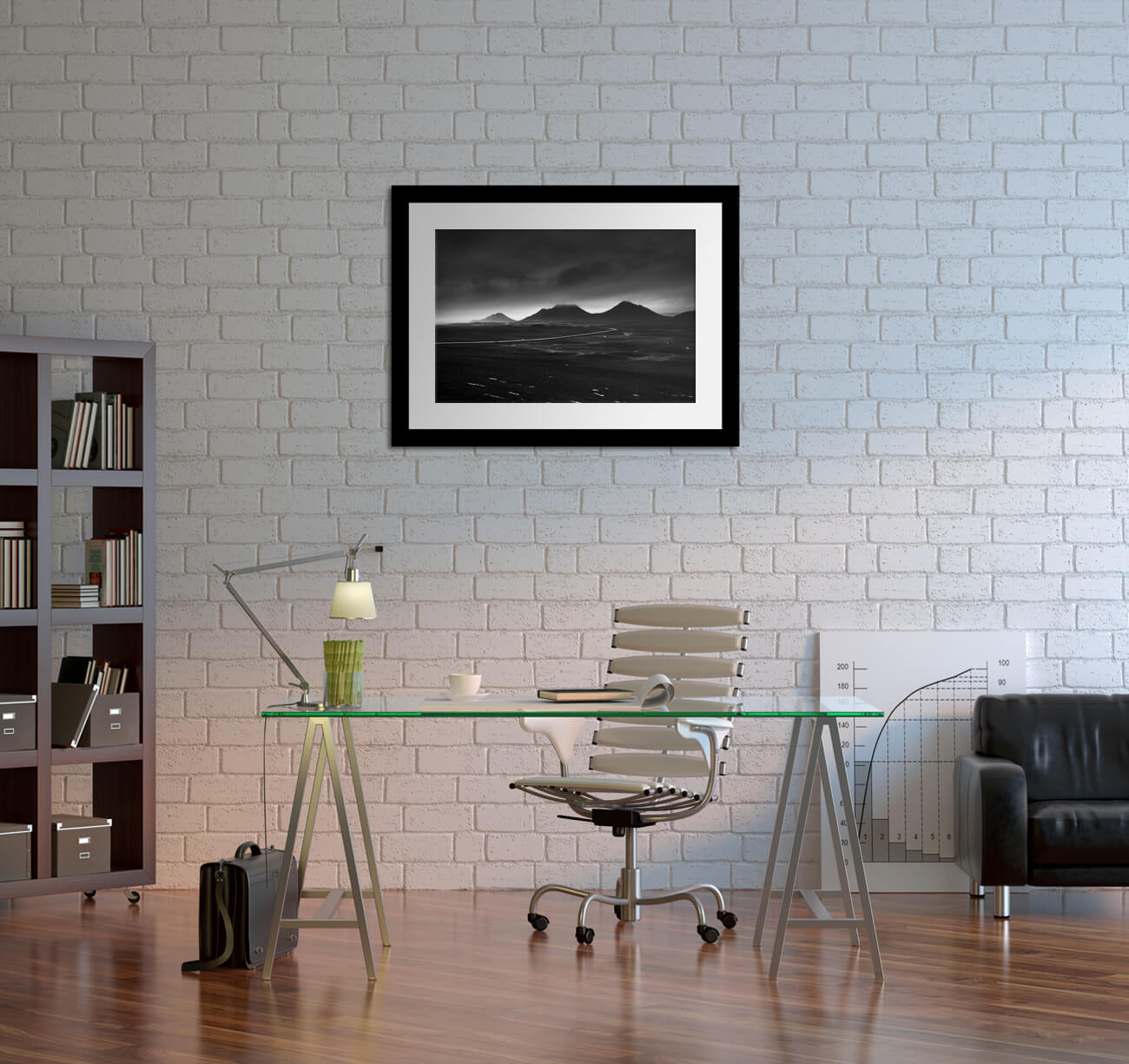 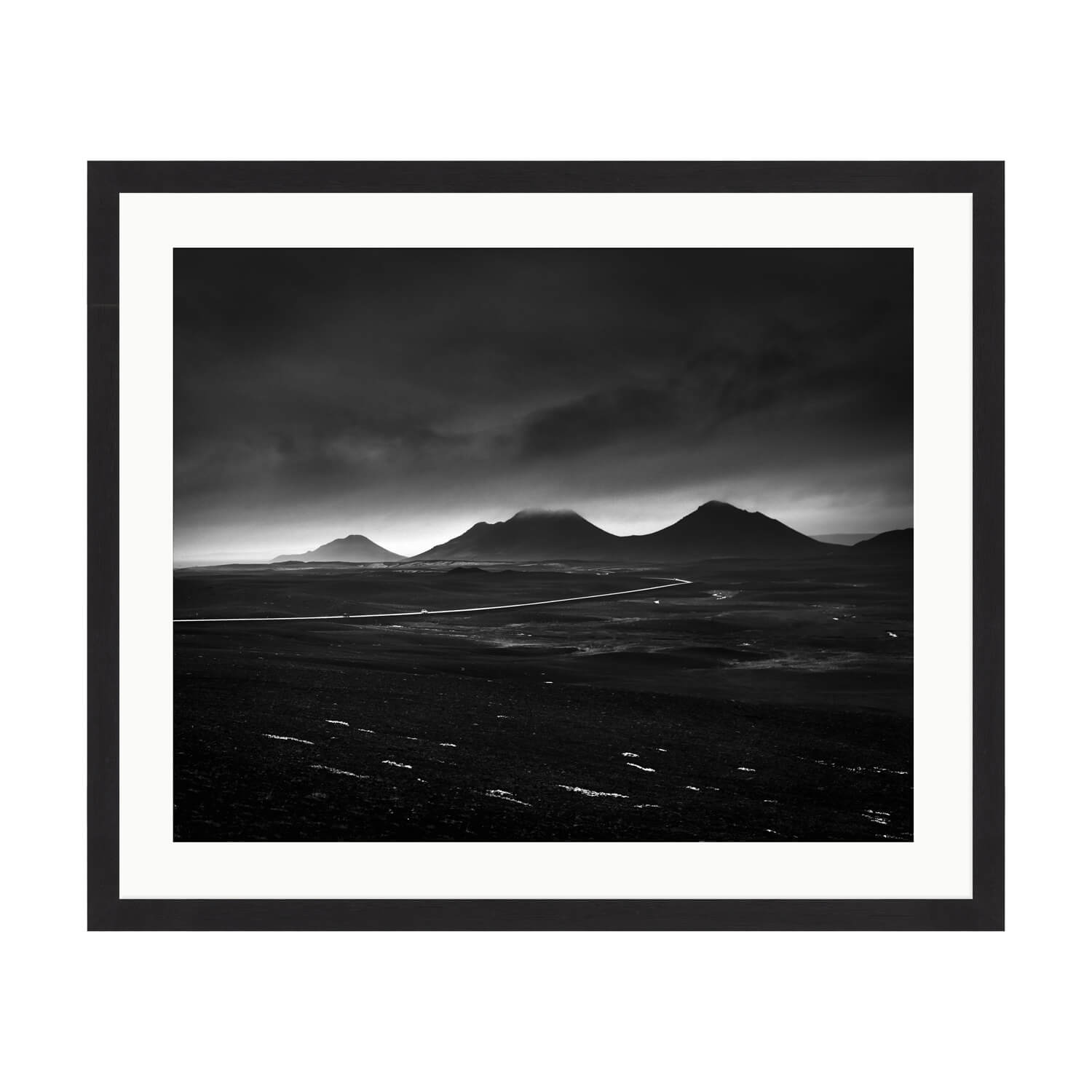 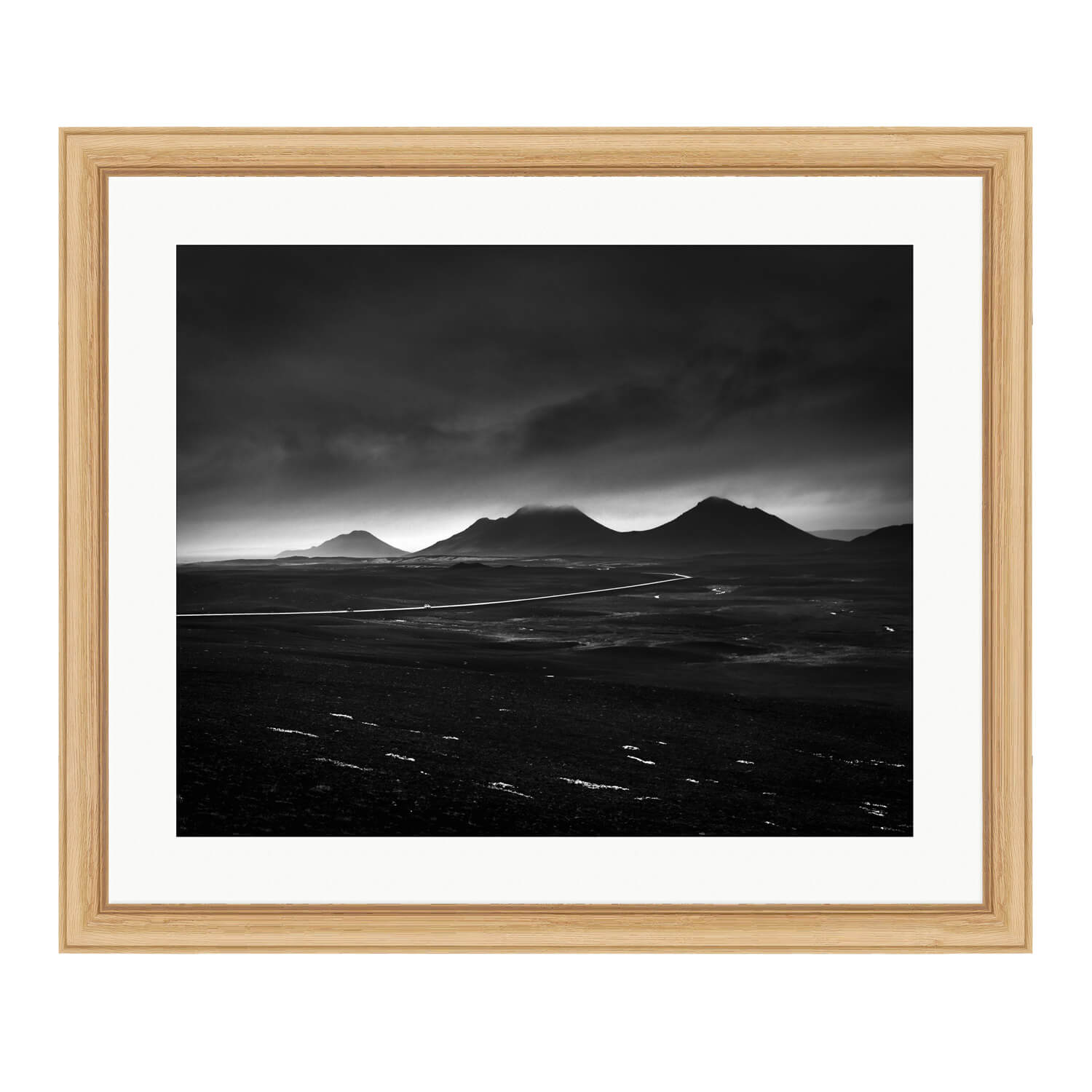 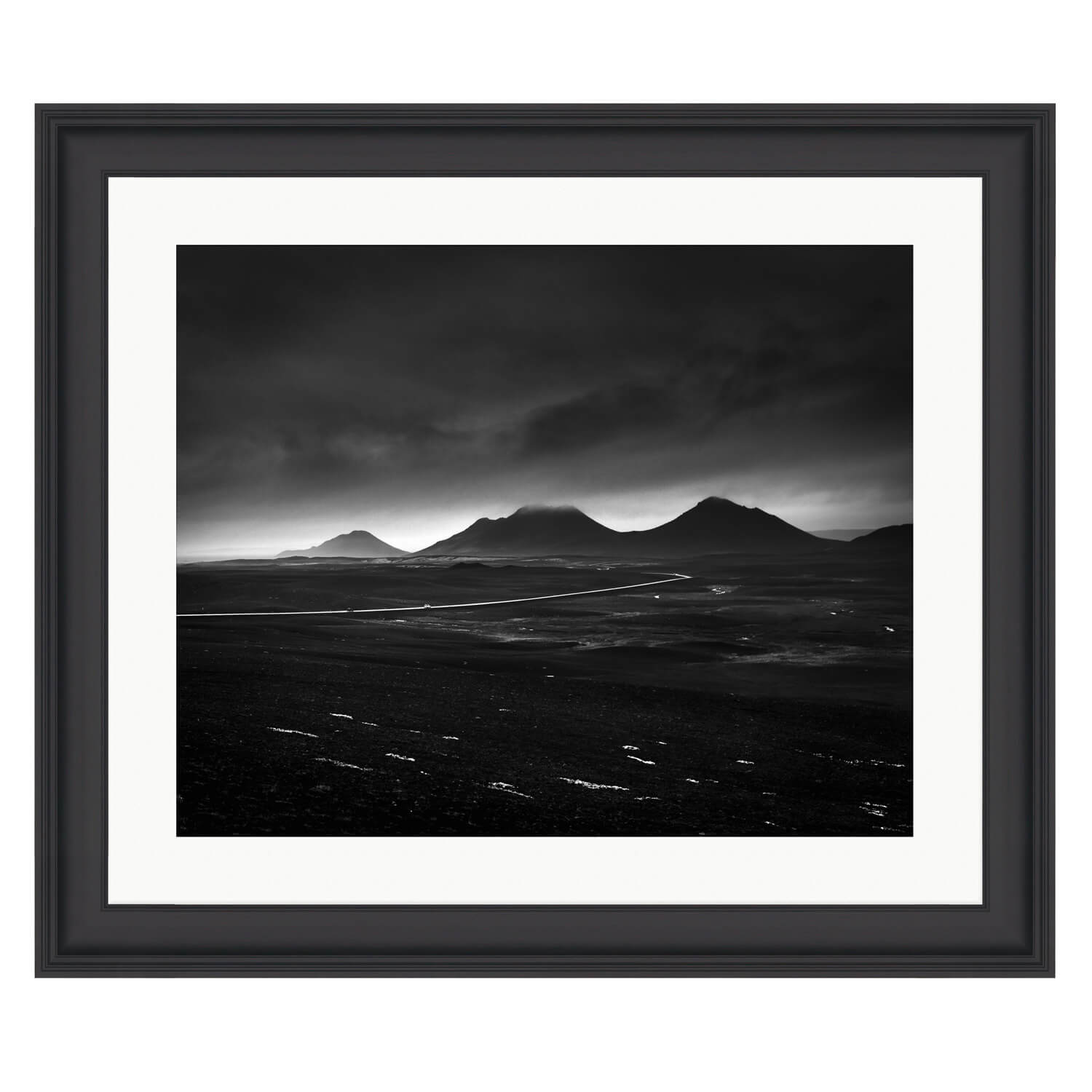 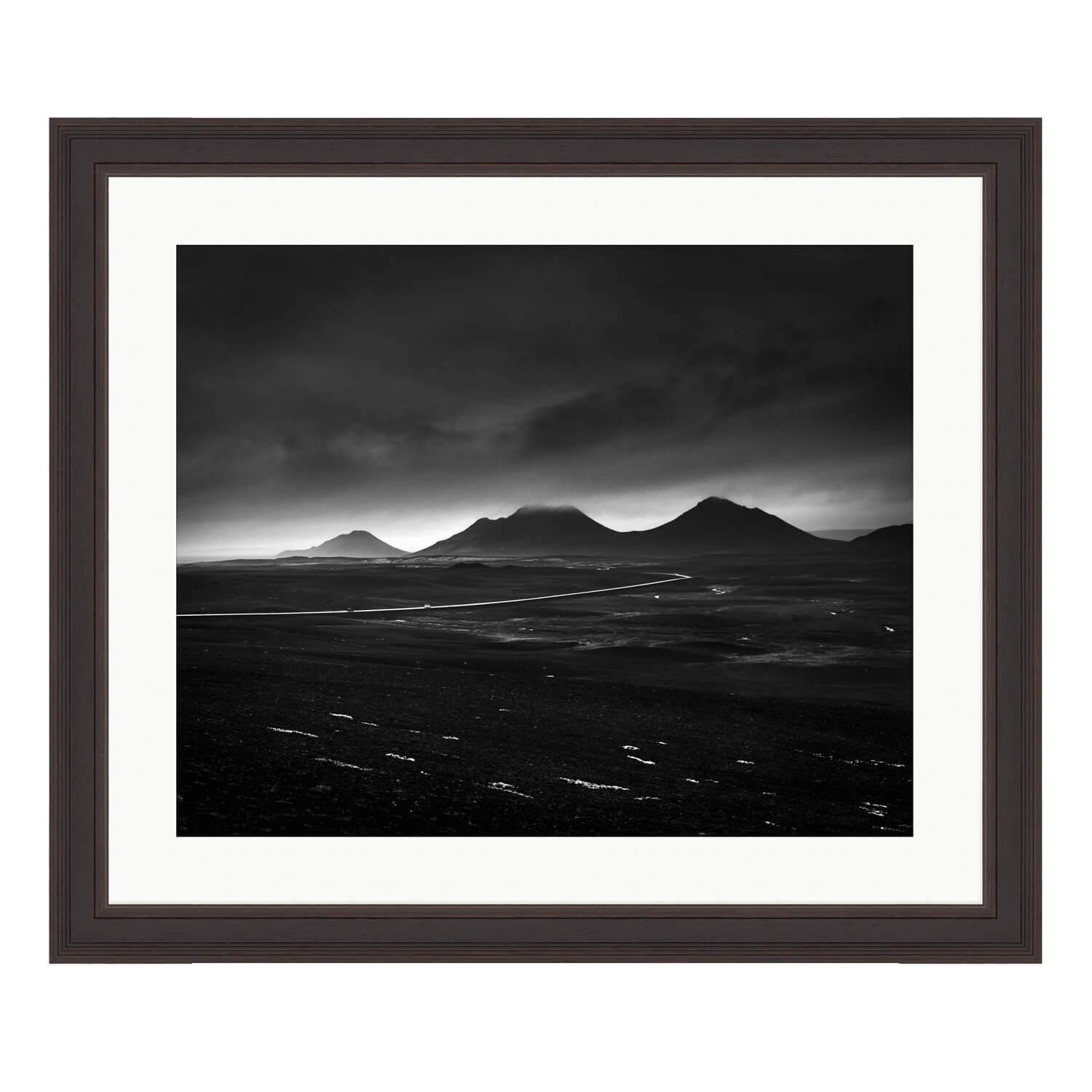