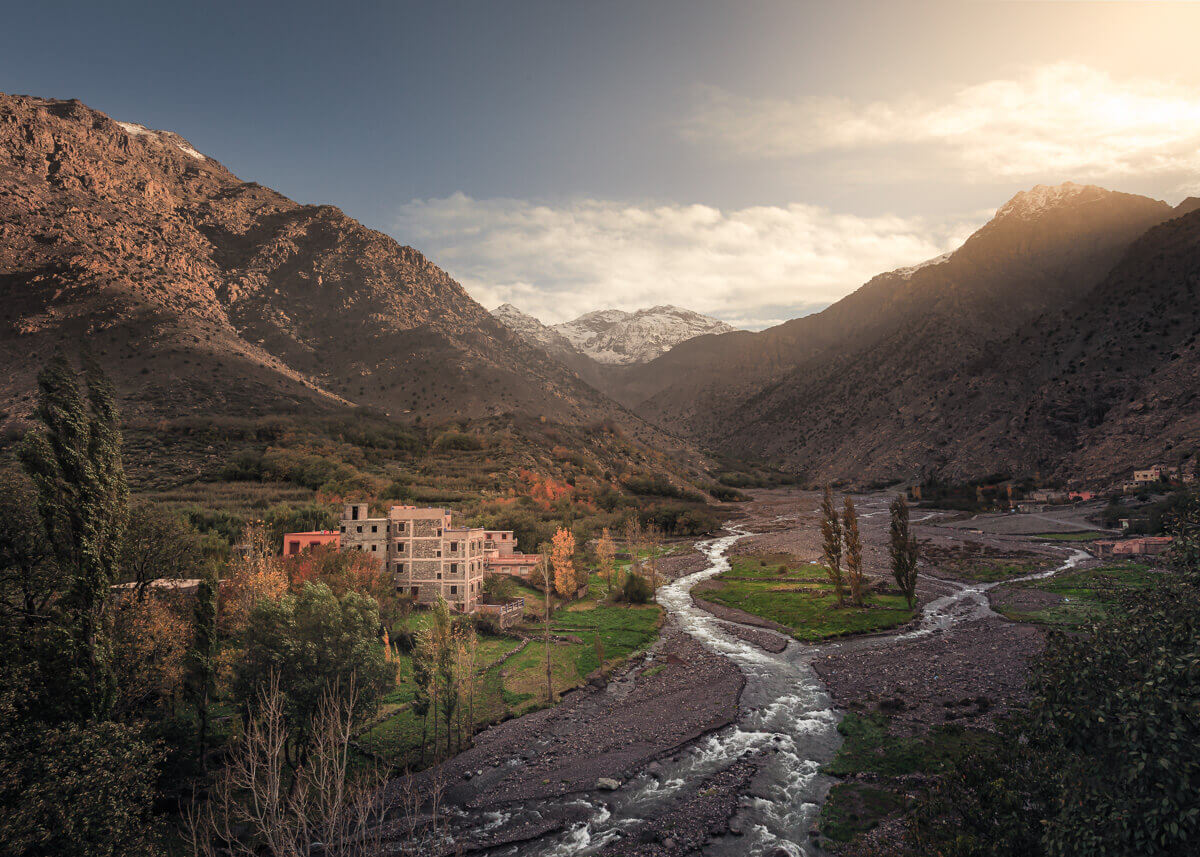 Aroumd is a village built on a huge moraine by the Mizane Valley in Morocco. It is inhabited by Berbers, an indigenous people in North Africa. Aroumd is a gateway that guards the valley to Mount Toubkal, the highest peak of the High Atlas Mountain Range. We spent a night here after summiting Toubkal that morning. It was fascinating to be able to see the peak from here and mind-boggling, knowing we were just there less than 12 hours ago.

The idyllic village is well shielded by the mountains that formed the valley. The delta plain widens towards the steep-tiered houses and farm fields with a welcoming gesture as it emerged from the inner valley. As the wind blew, you could hear the rustling sound of the trees that were partly illuminated by the sun over the mountains. The burbling stream of crystal clear water that came directly from the glacier above was a tranquilizing white noise that sends the mind into zen.

As my mind continued to float in a state of no-mindedness and my eyes stared into space, I felt this is how I imagine Shangri-La would be.

EDEN OF AROUMD IS A LIMITED EDITION PRINT 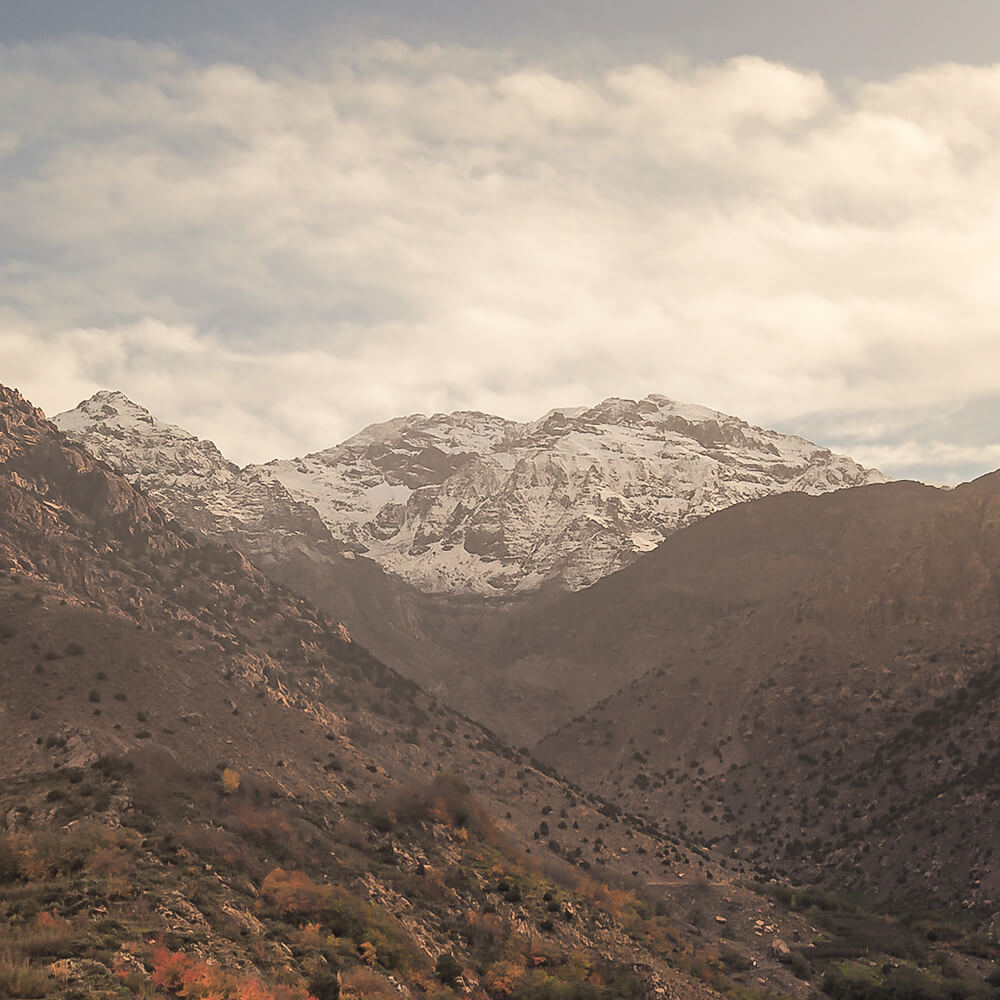 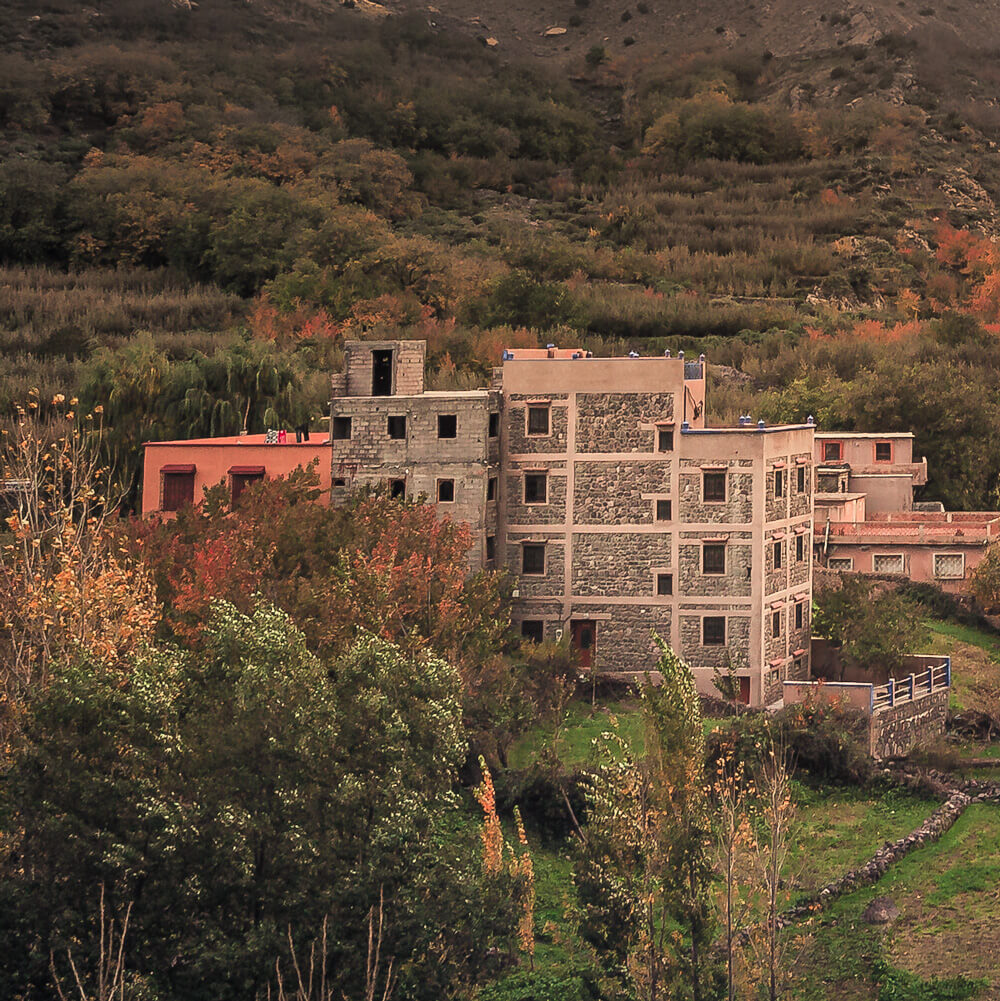 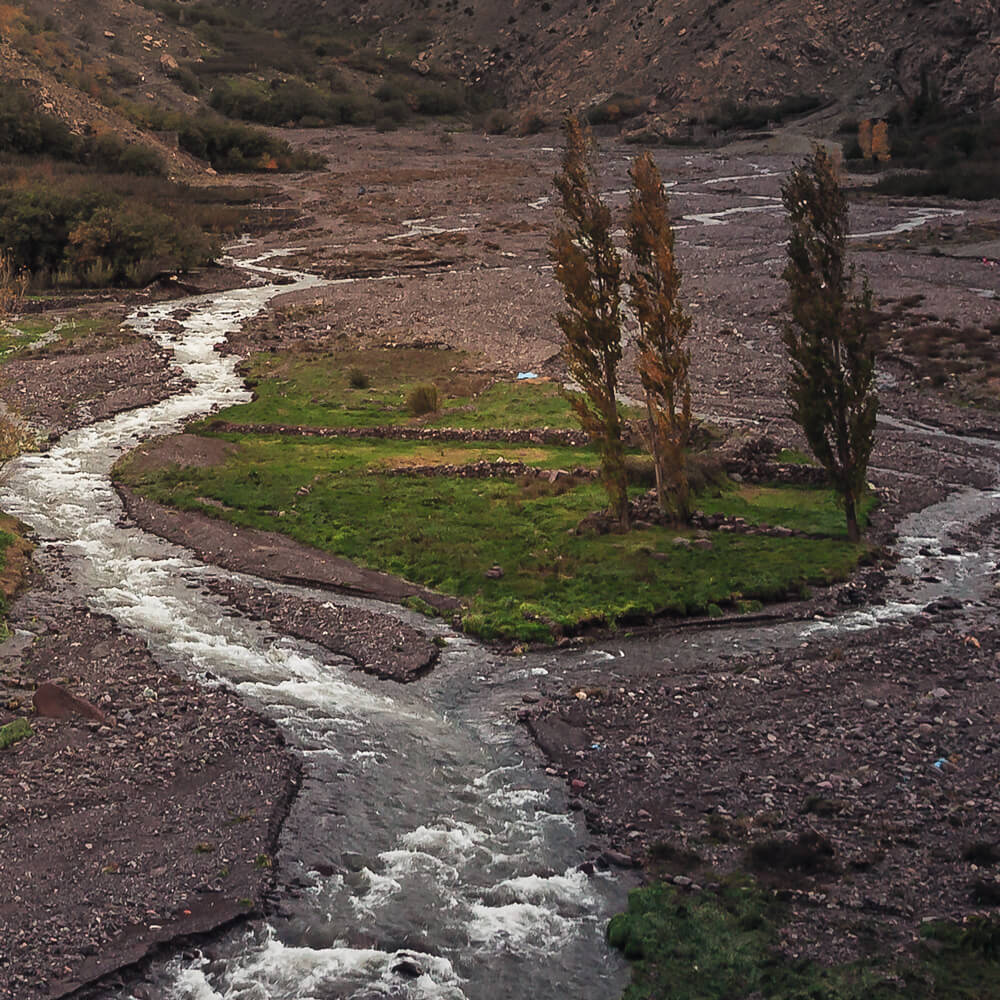 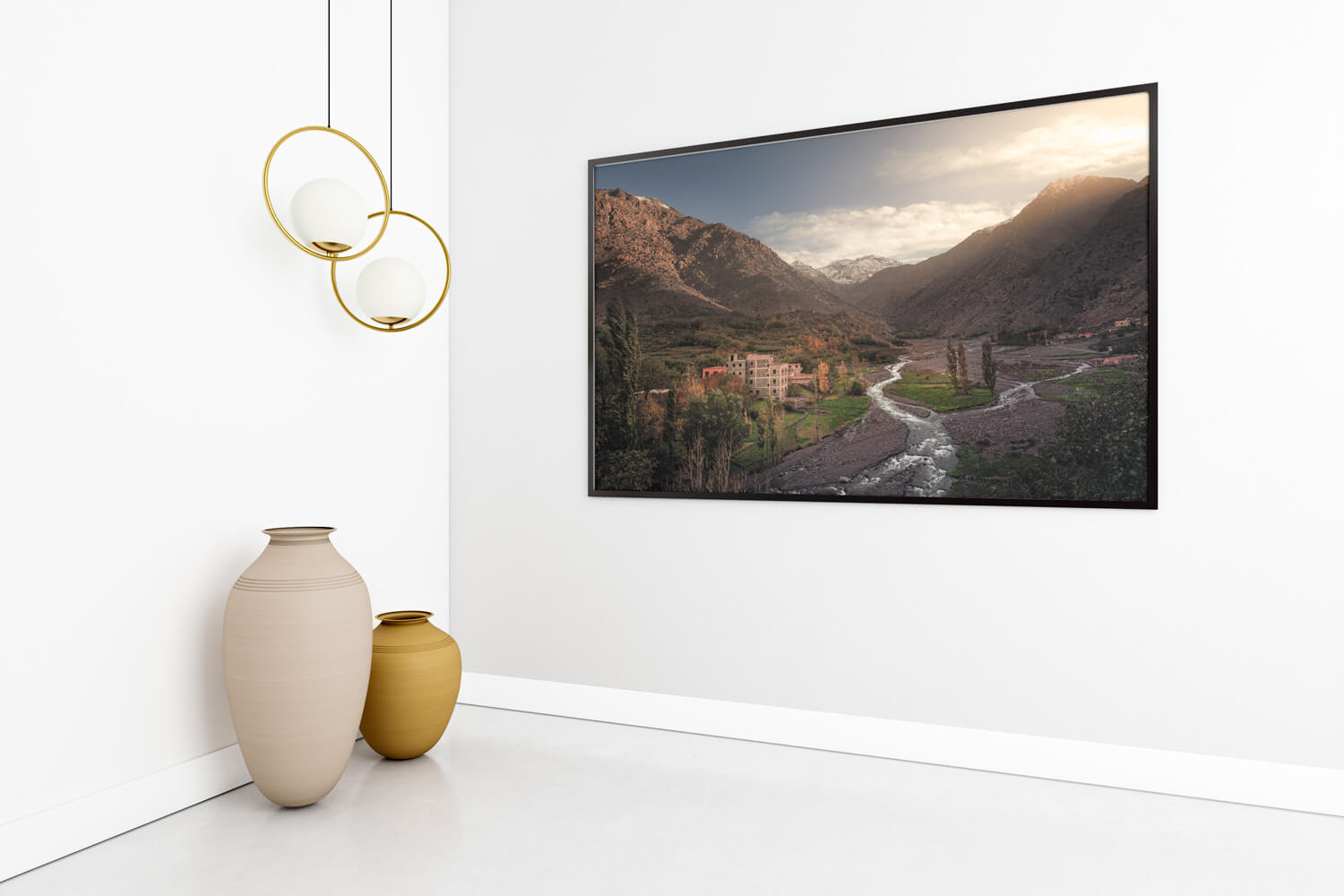 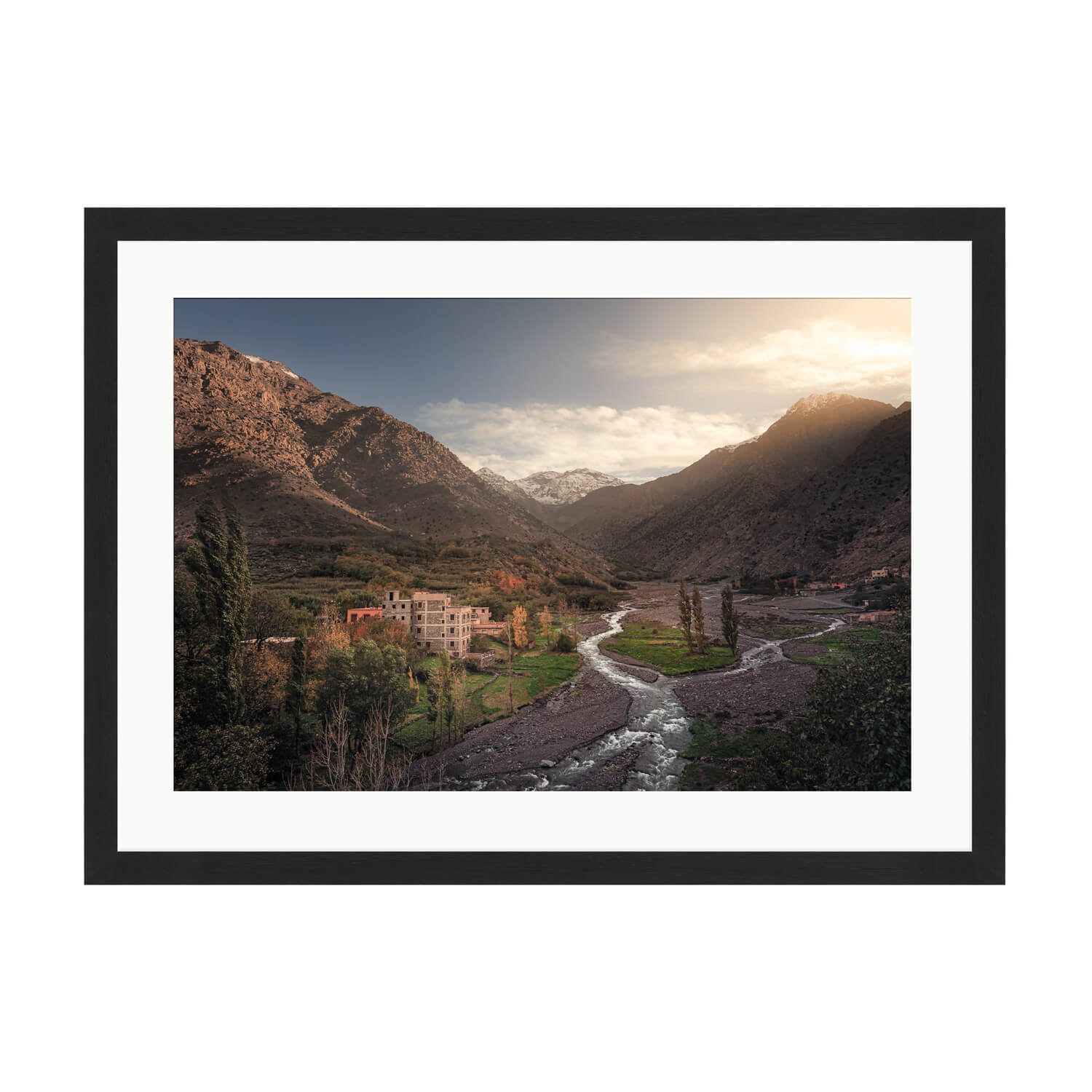 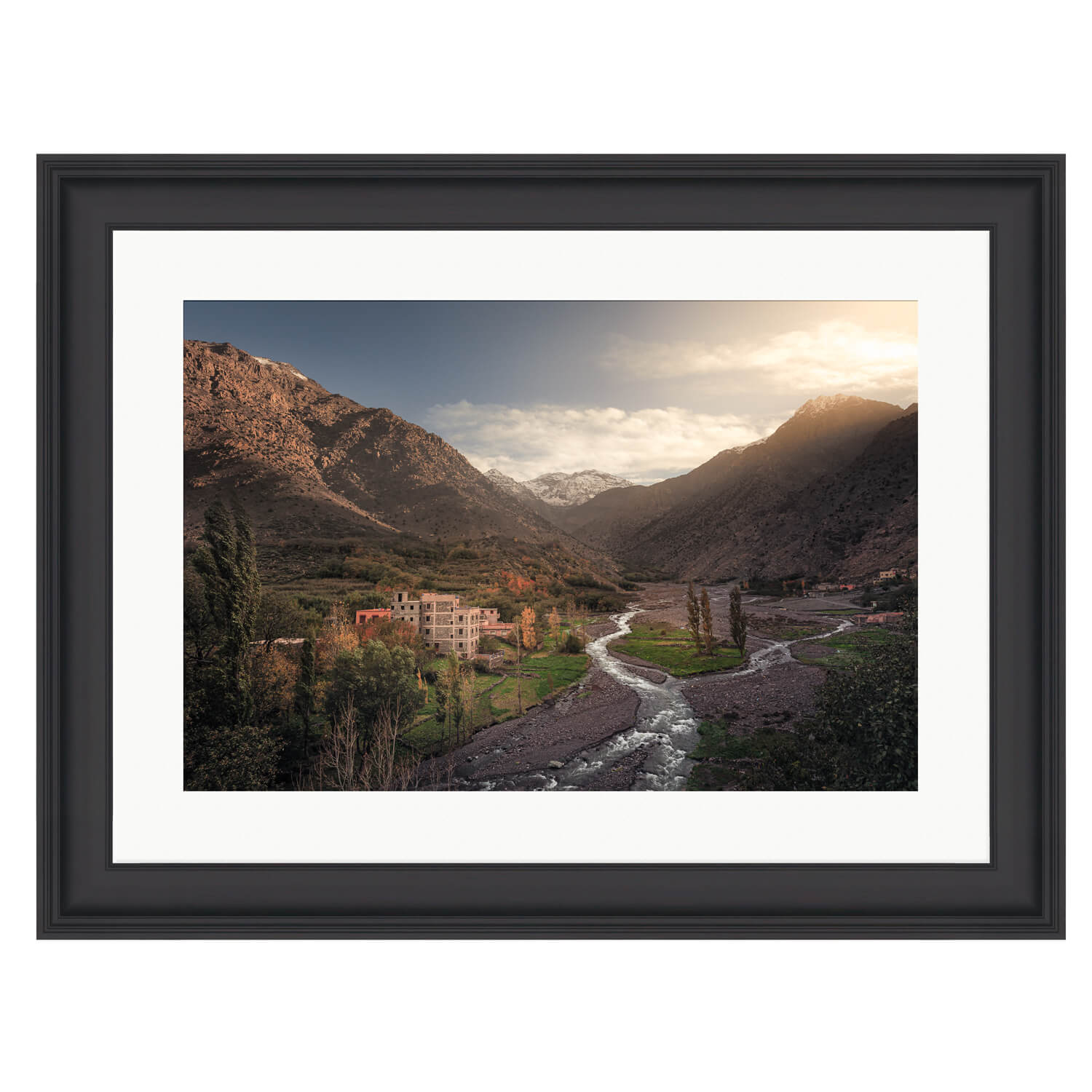 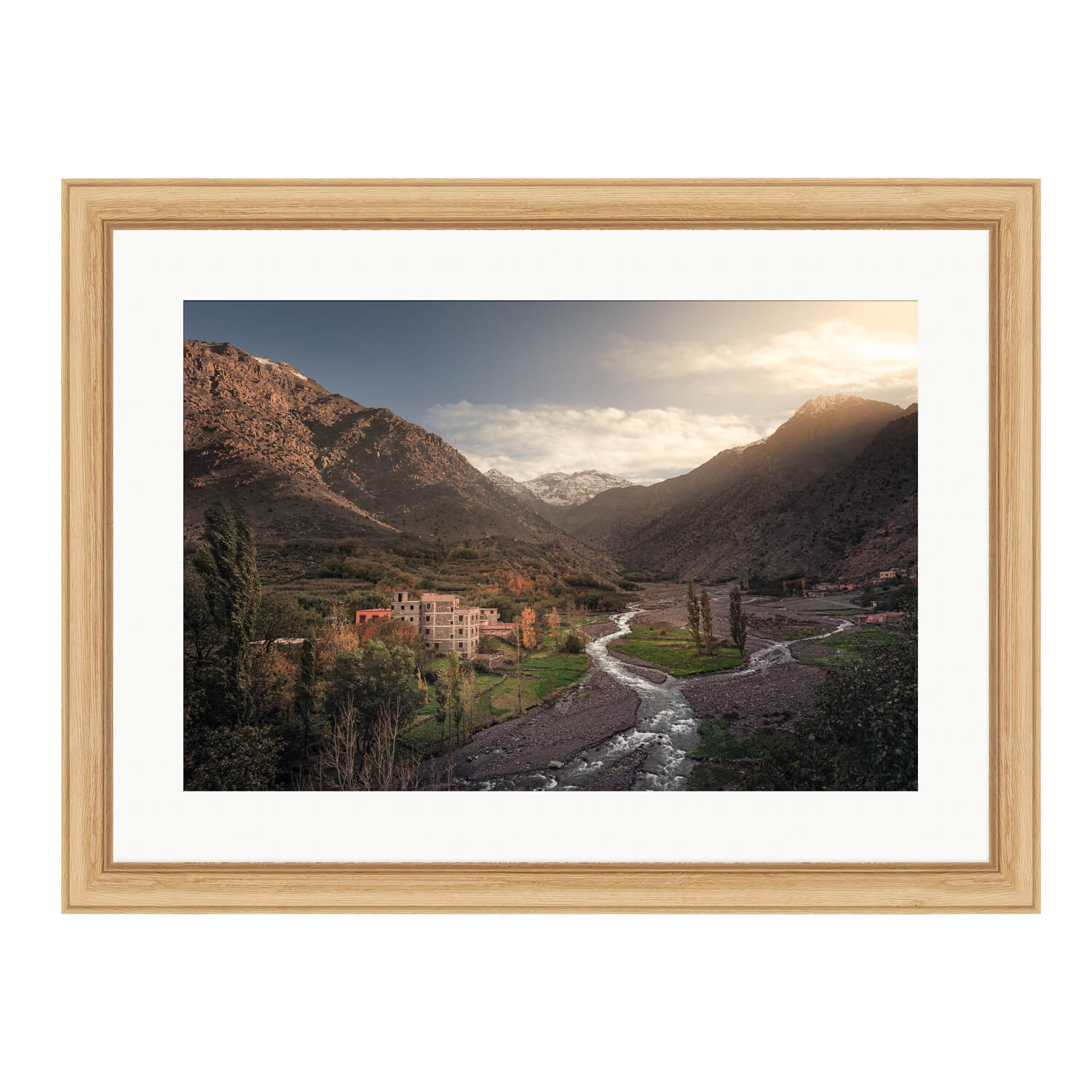 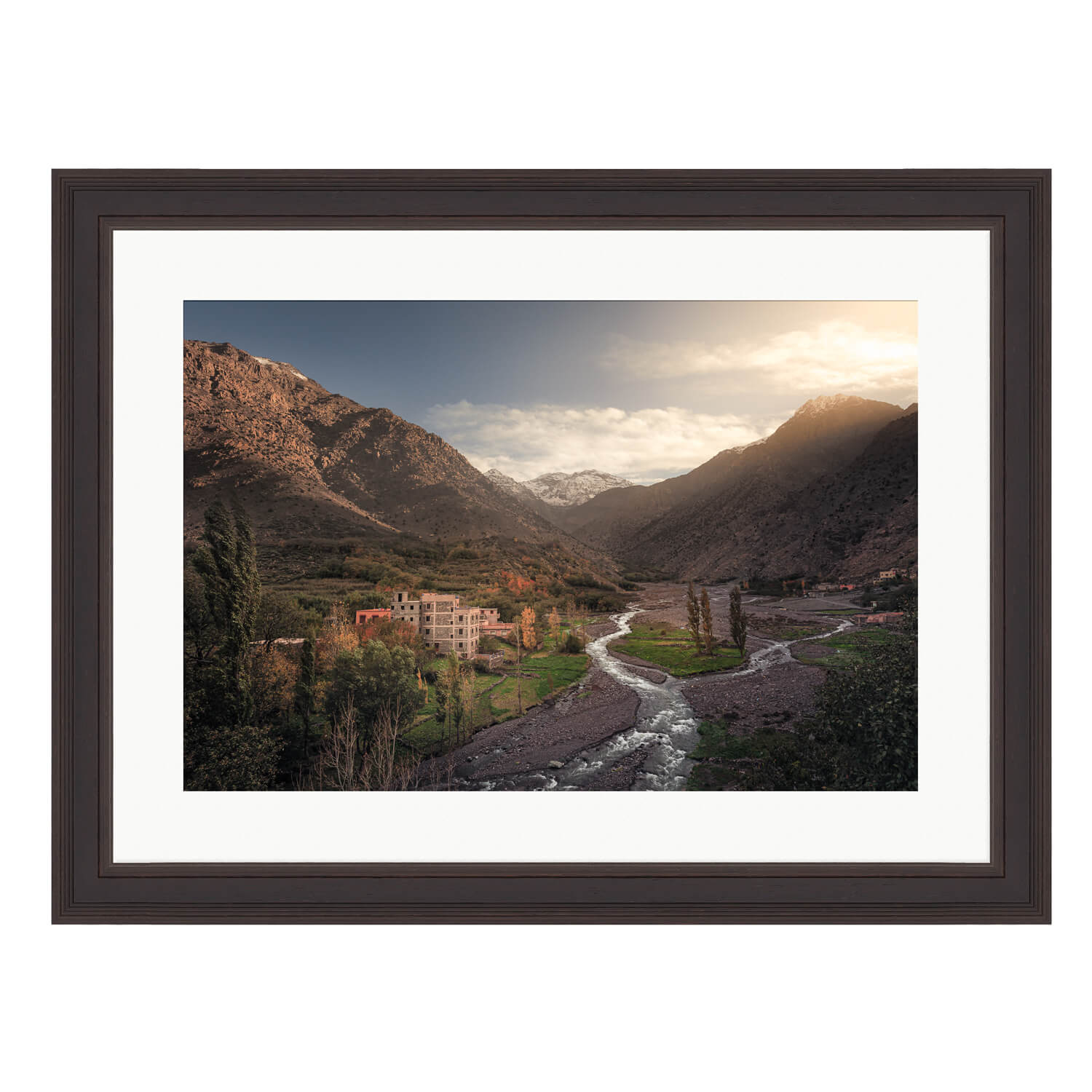