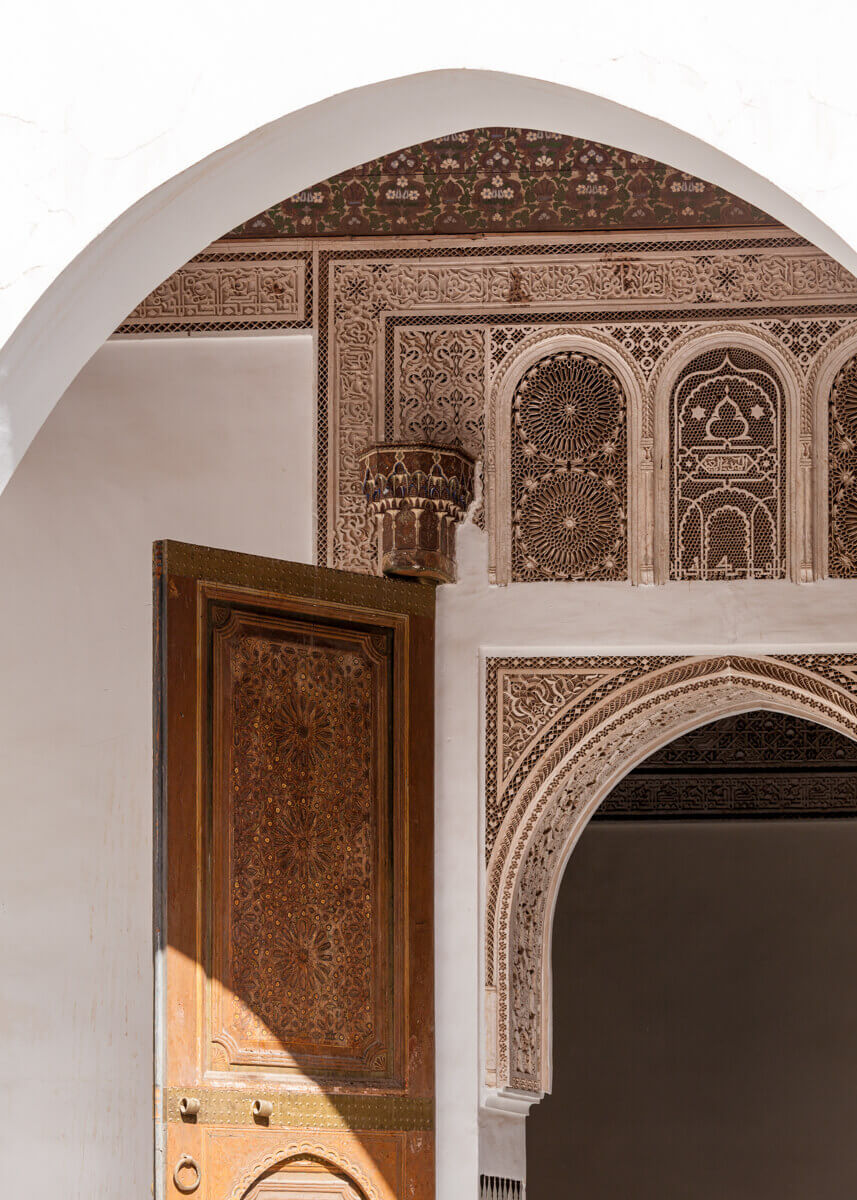 Elaborated geometrics, wooden arabesque motif, and stucco - these are some of the characteristics of Moorish architecture that flourished in North Africa and the Iberian Peninsula during the 15th century. The distinct architectural style is a fusion of Berber, pre-Islamic Iberian, and the Middle East Islamic culture. The most common constructive element in Moorish architecture is the horseshoe arch. Designs are often symmetrical and introverted where the elaborated interiors are only meant to be seen behind closed doors.

This photograph was created in Bahia Palace in Marrakesh in the late morning. The sunlight was bright enough to adequately illuminate the beautiful decor of this entrance under the shade. Here you can appreciate several features of the aforementioned Moorish architecture, including intricate arabesque motifs and beautifully decorated arch. The outer arch resembles a crescent moon, which is also an important symbol in Islam. Lastly, how the sun partially lit the wooden door created half an arch or crescent, depending on your interpretation, which adds interestingness to the photograph.

HALF-MOON IS A LIMITED EDITION PRINT 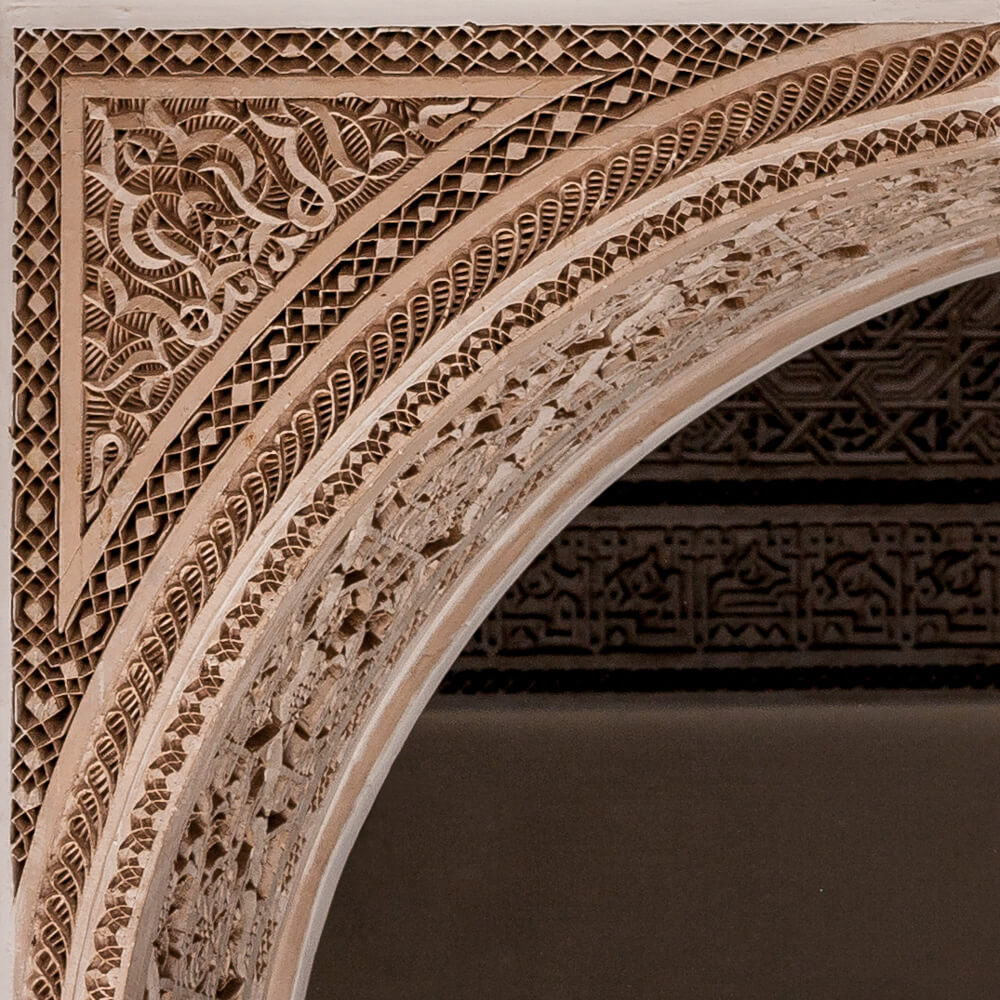 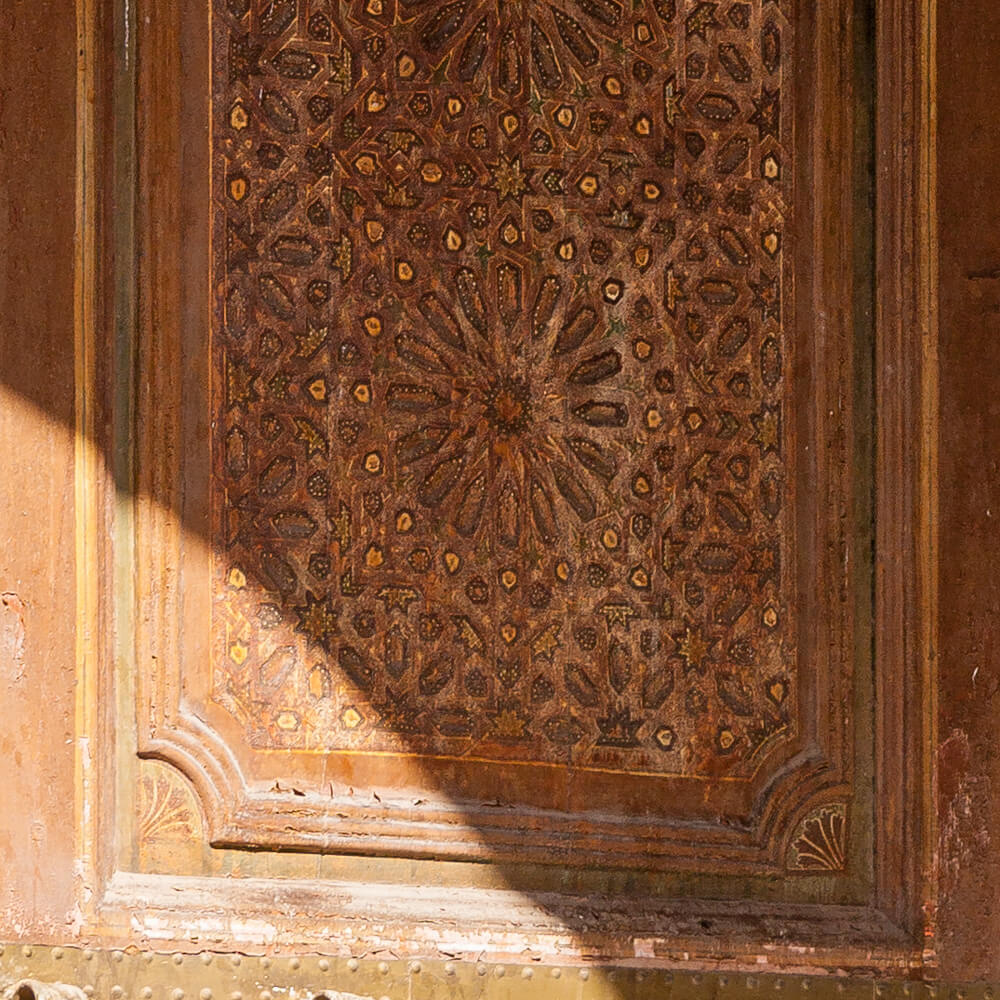 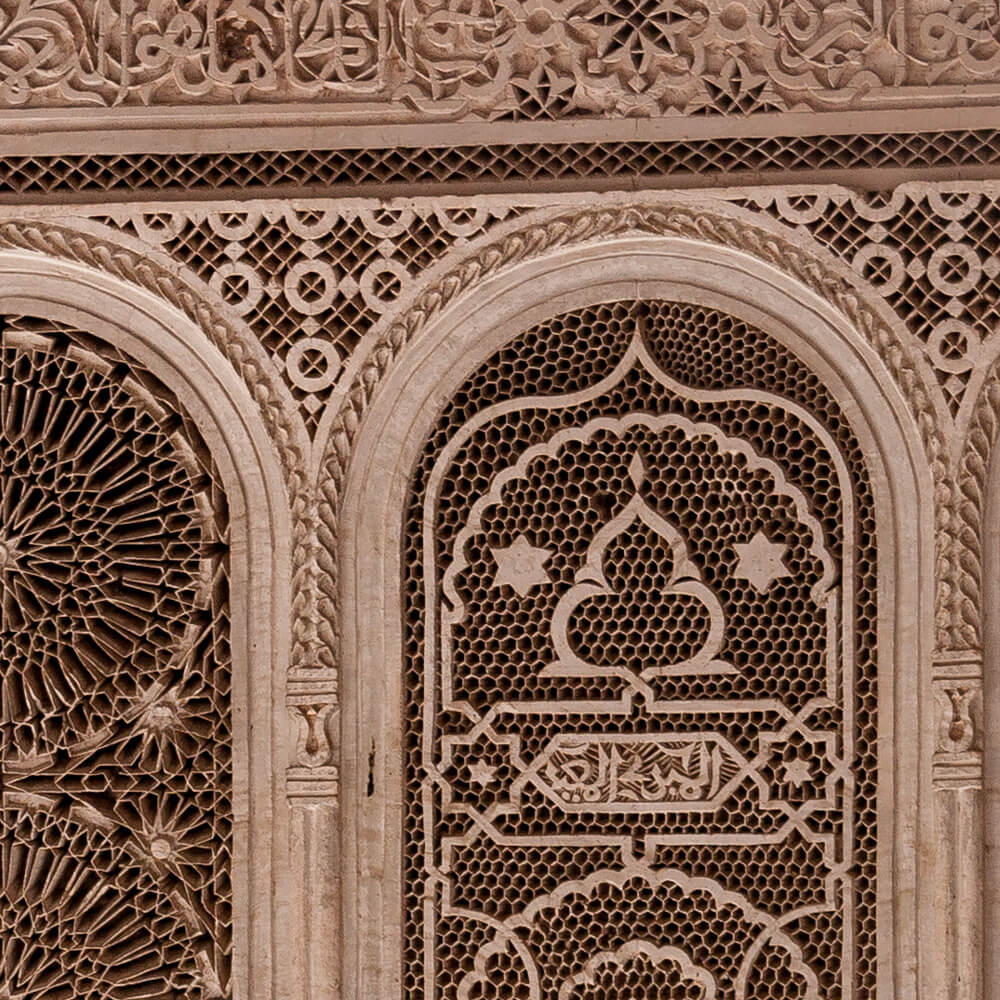 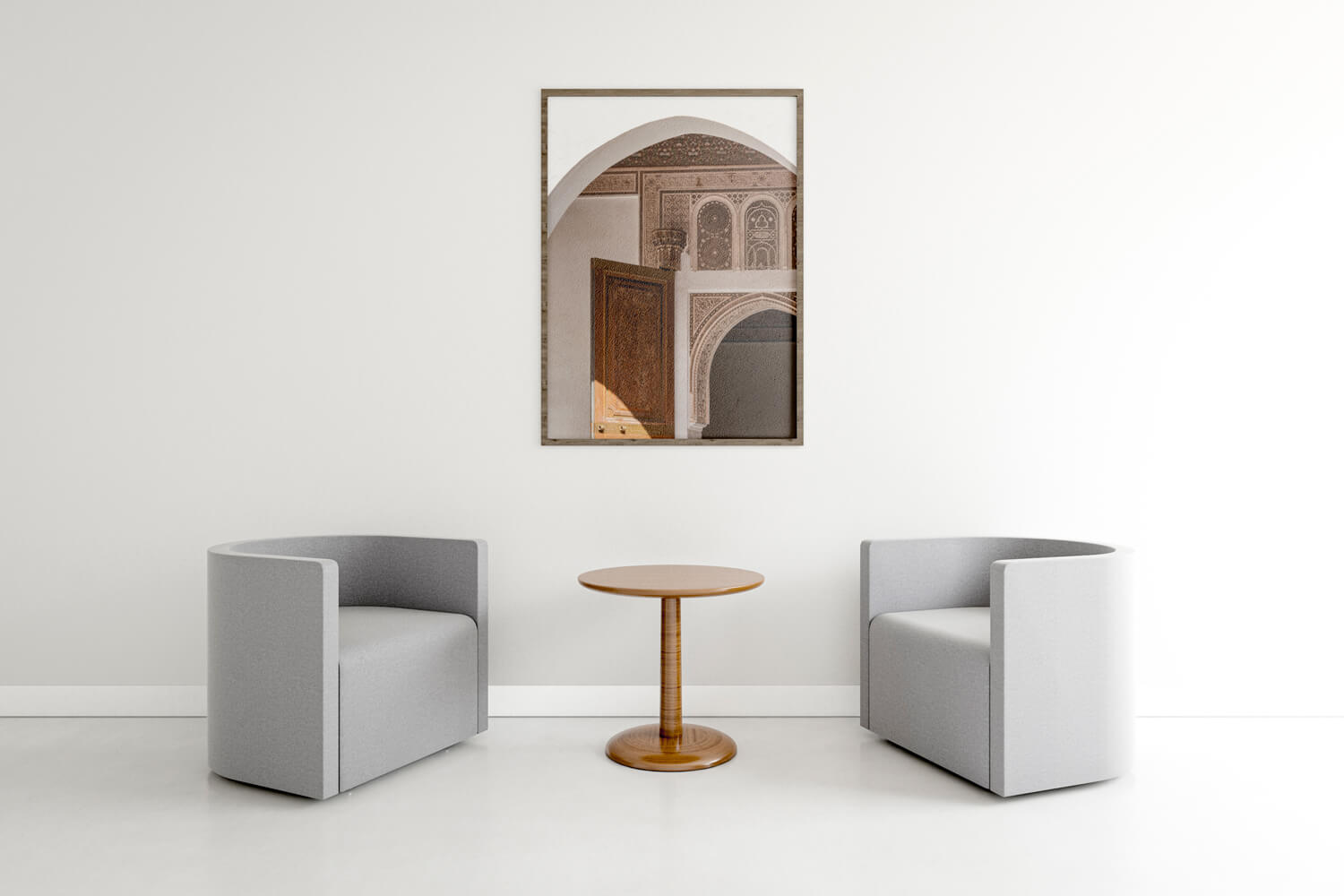 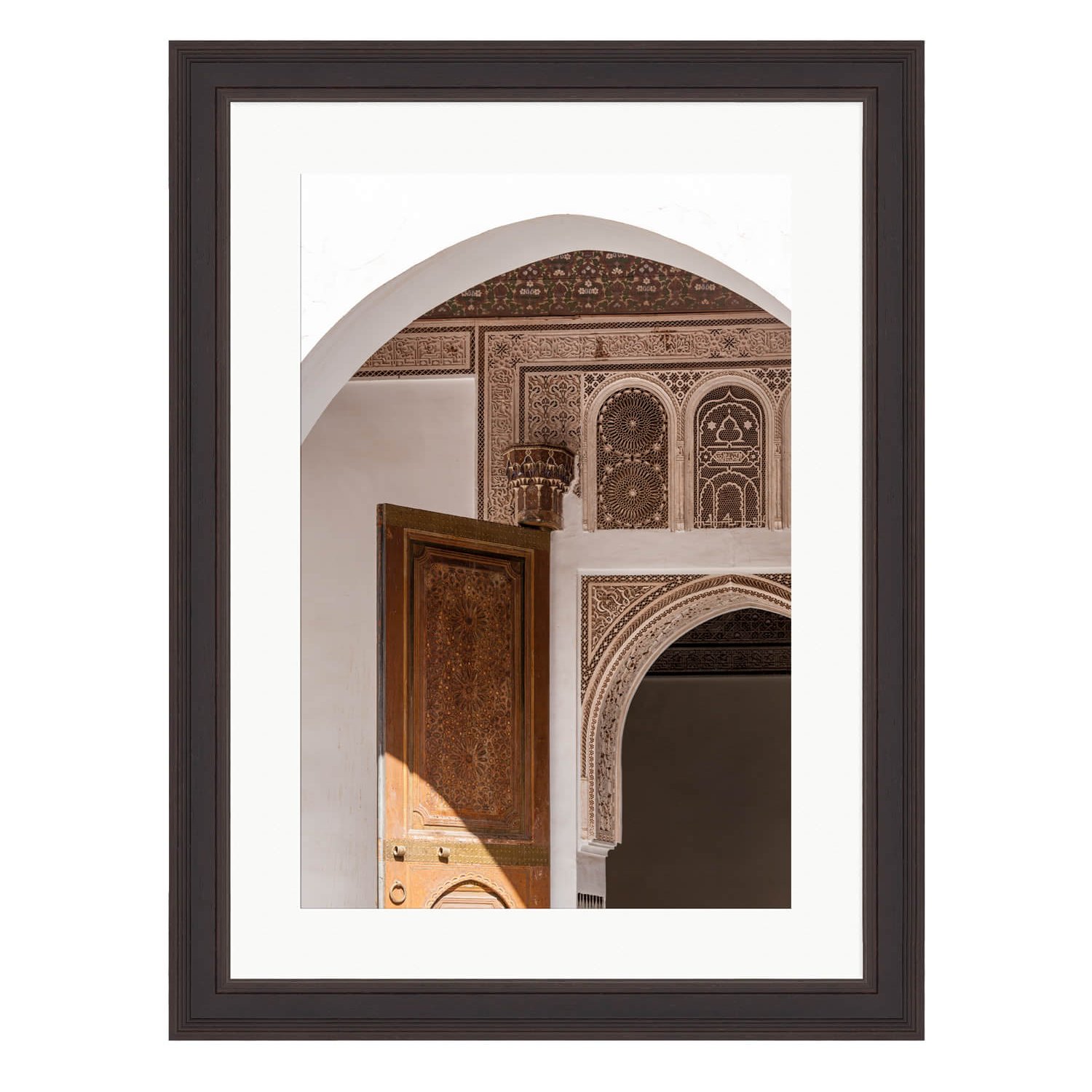 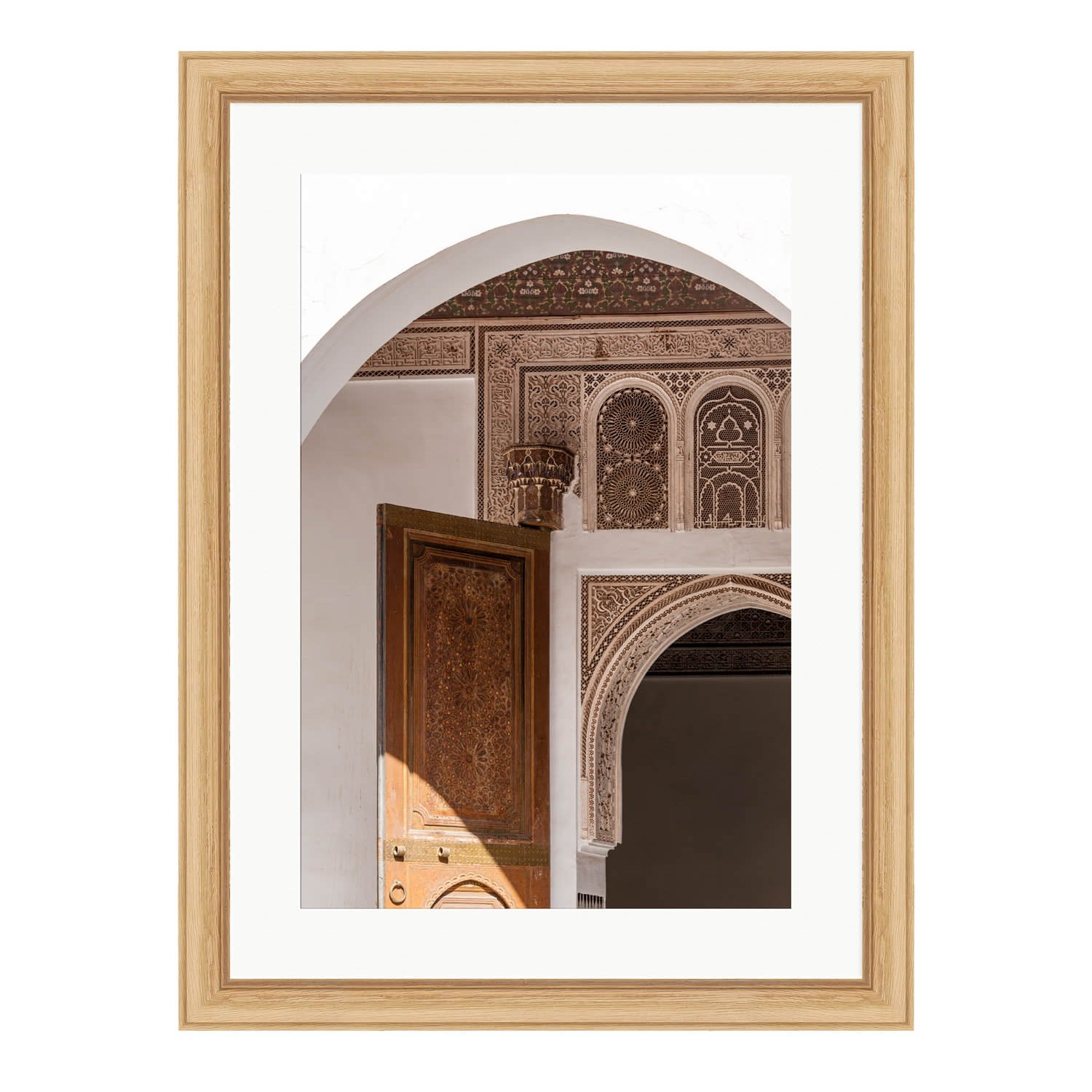 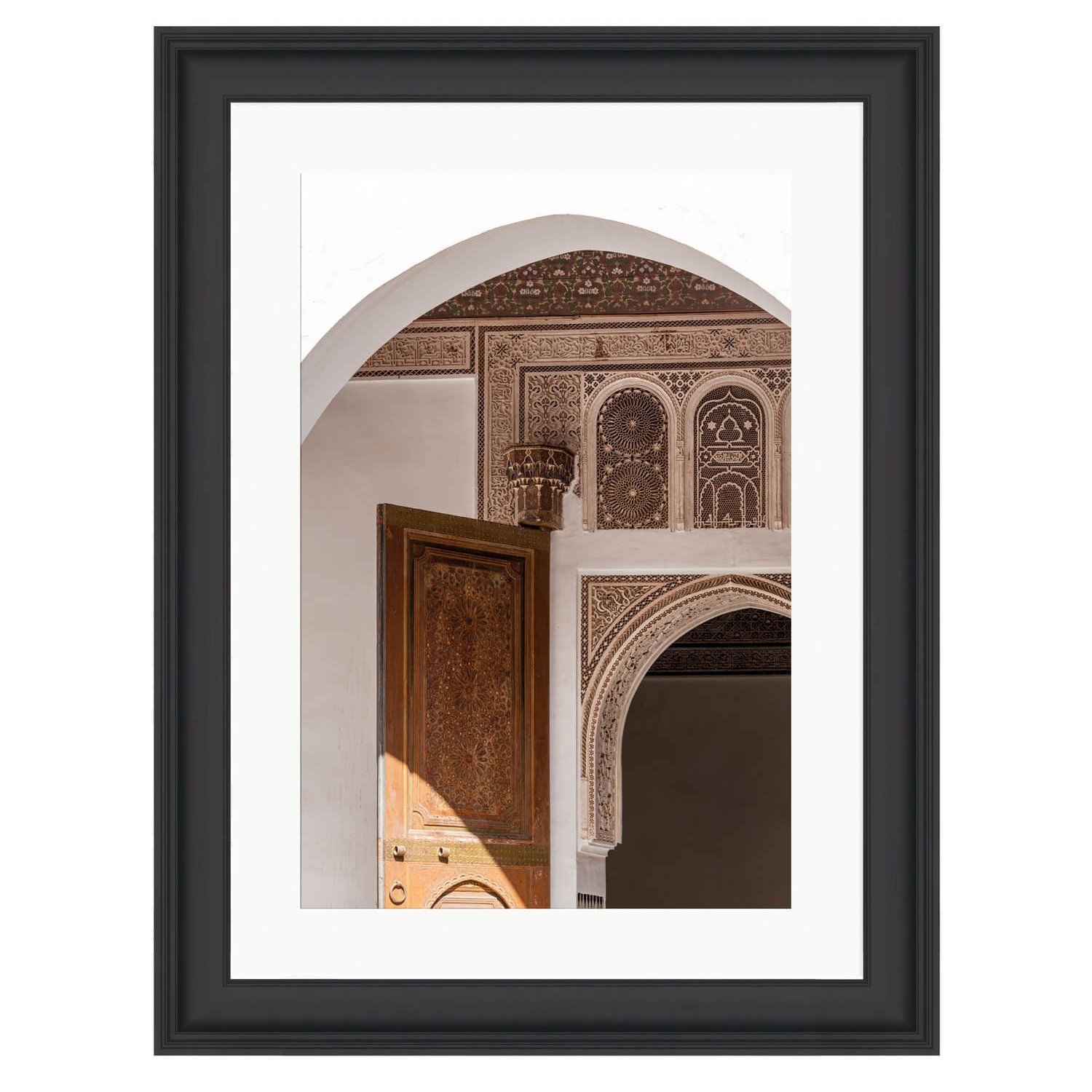 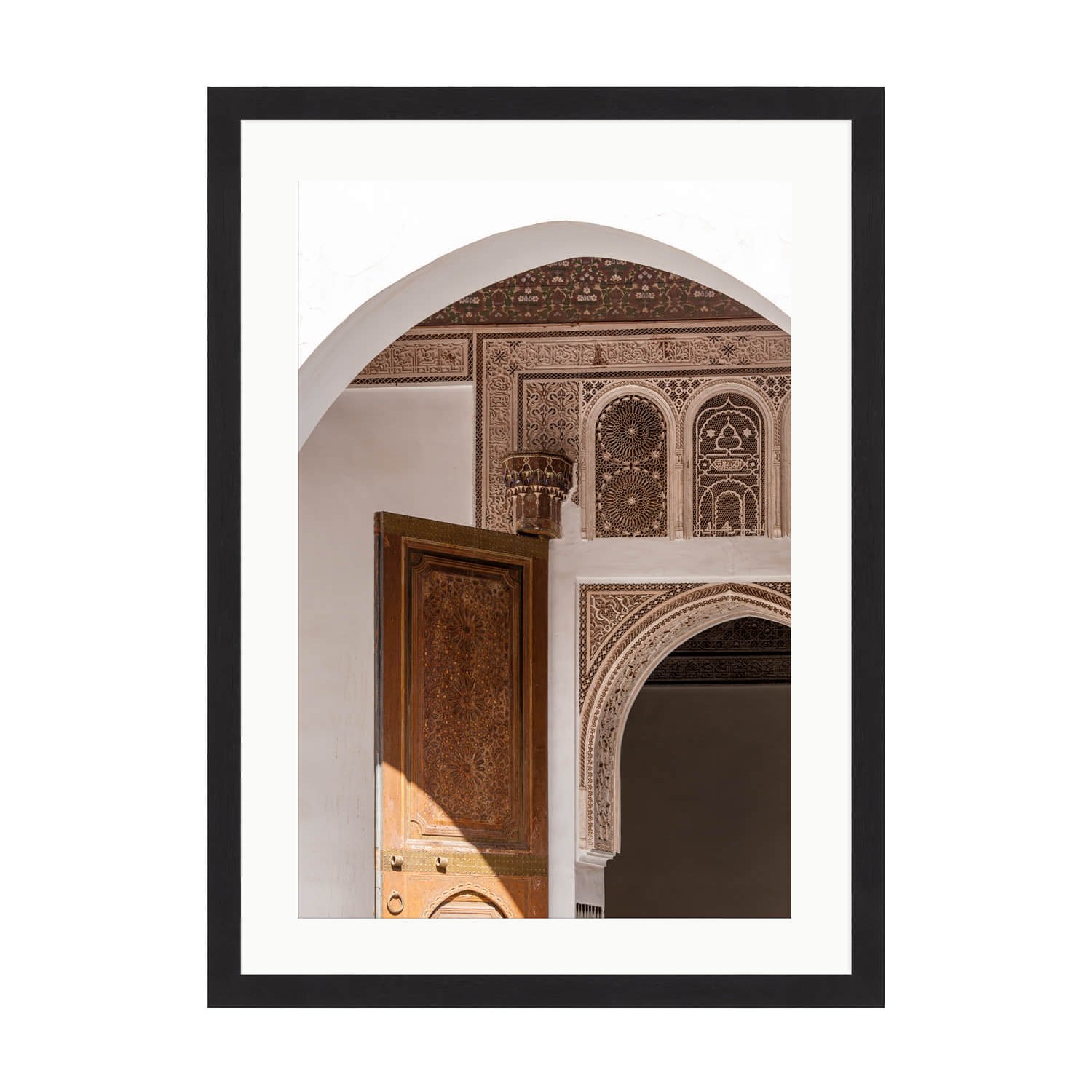