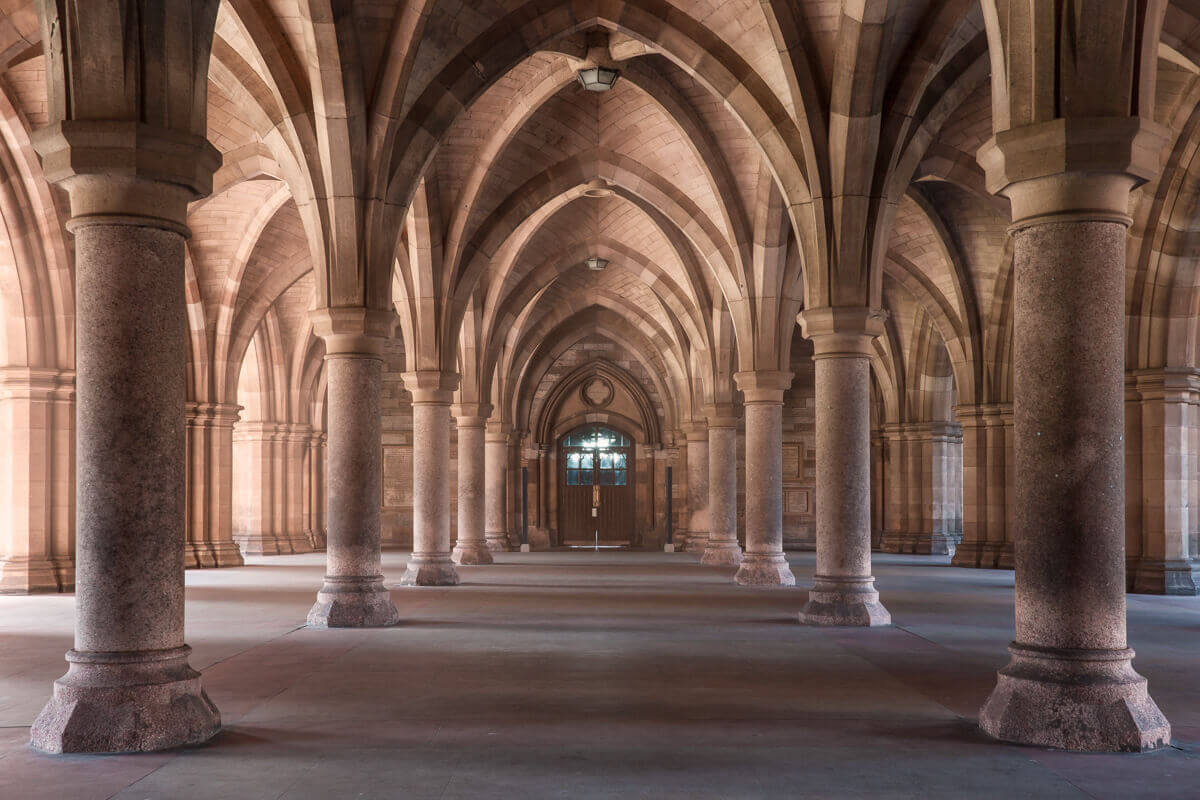 The University of Glasgow was built at the end of the 19th century, the second oldest university in the United Kingdom after St Andrews. The building was designed in the Gothic revival style by architect George Gilbert Scott, who also designed the St Pancras station in London and the Reichstag in Berlin. Sadly, the latter was never built to his original design.

The cloister is a hallway that connects the two quadrangles on the main campus. Light often shines through the entrances on one side to illuminate the ceiling, casting brights and shadows to further accentuate the curves that form the structure.

This was created during my last year before I left the university, as a remembrance of the beautiful city and one of the best time I have had in my life.

The Cloister is part of the University of Glasgow series. The other photograph in this series is Nucifera.

CLOISTER IS A LIMITED EDITION PRINT 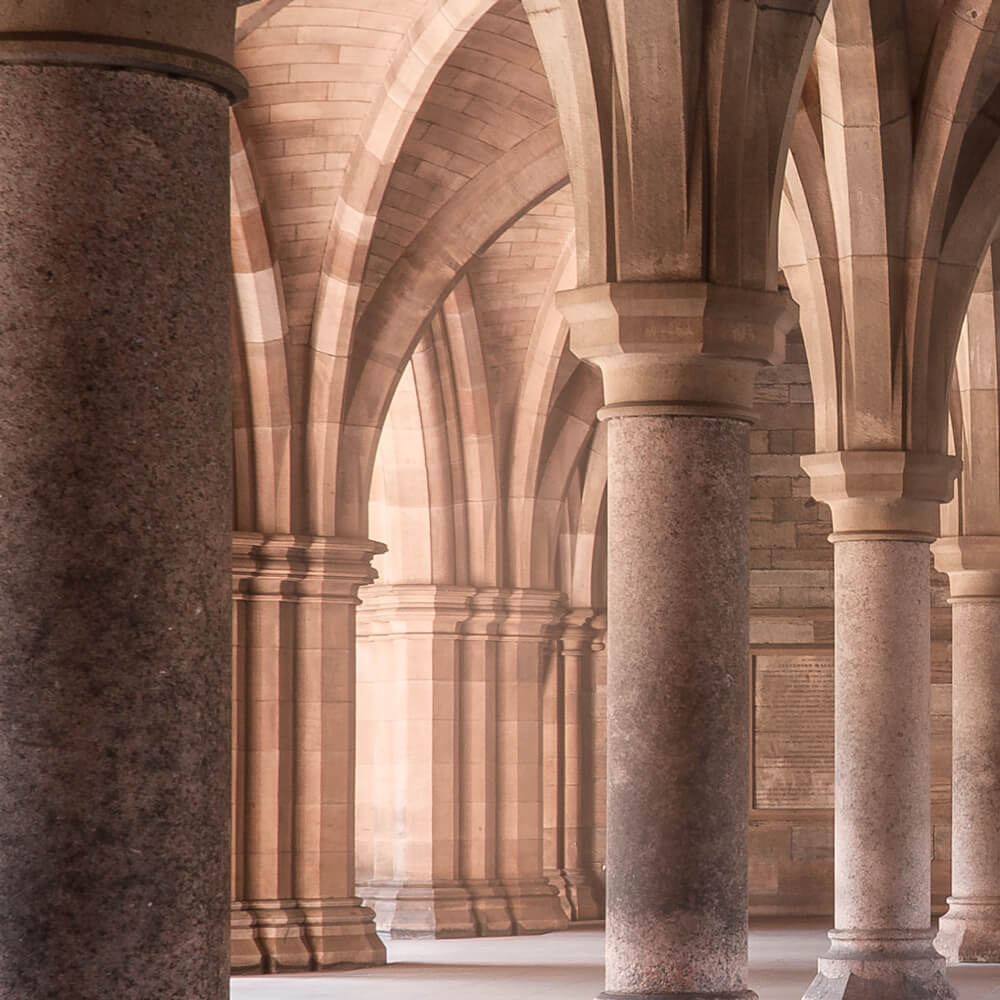 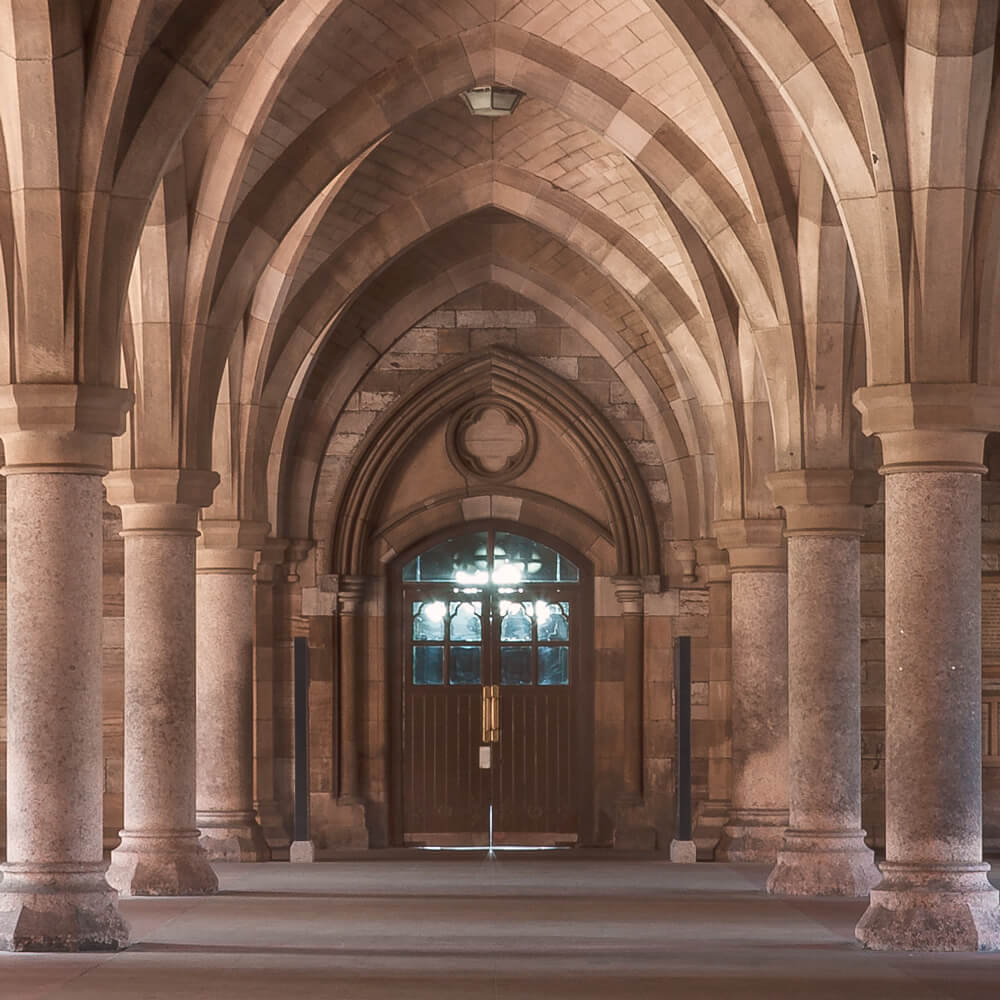 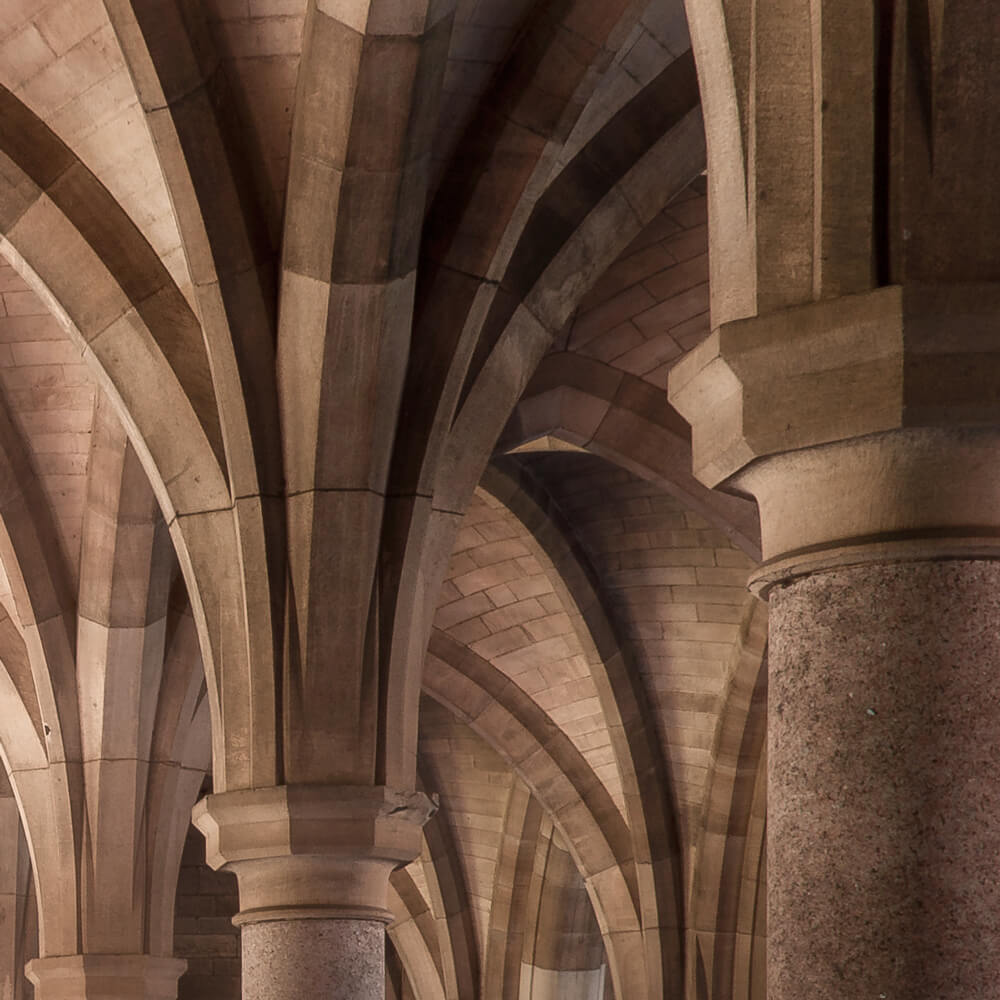 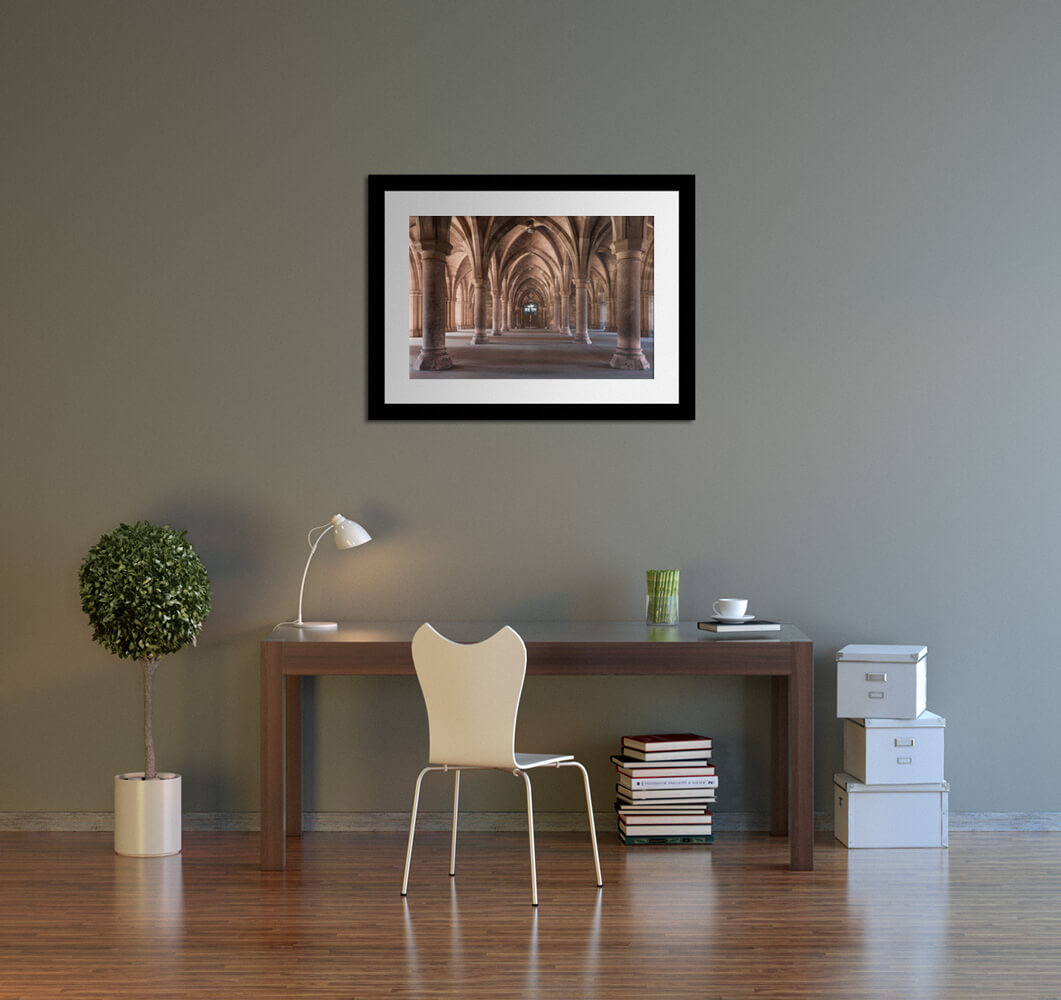 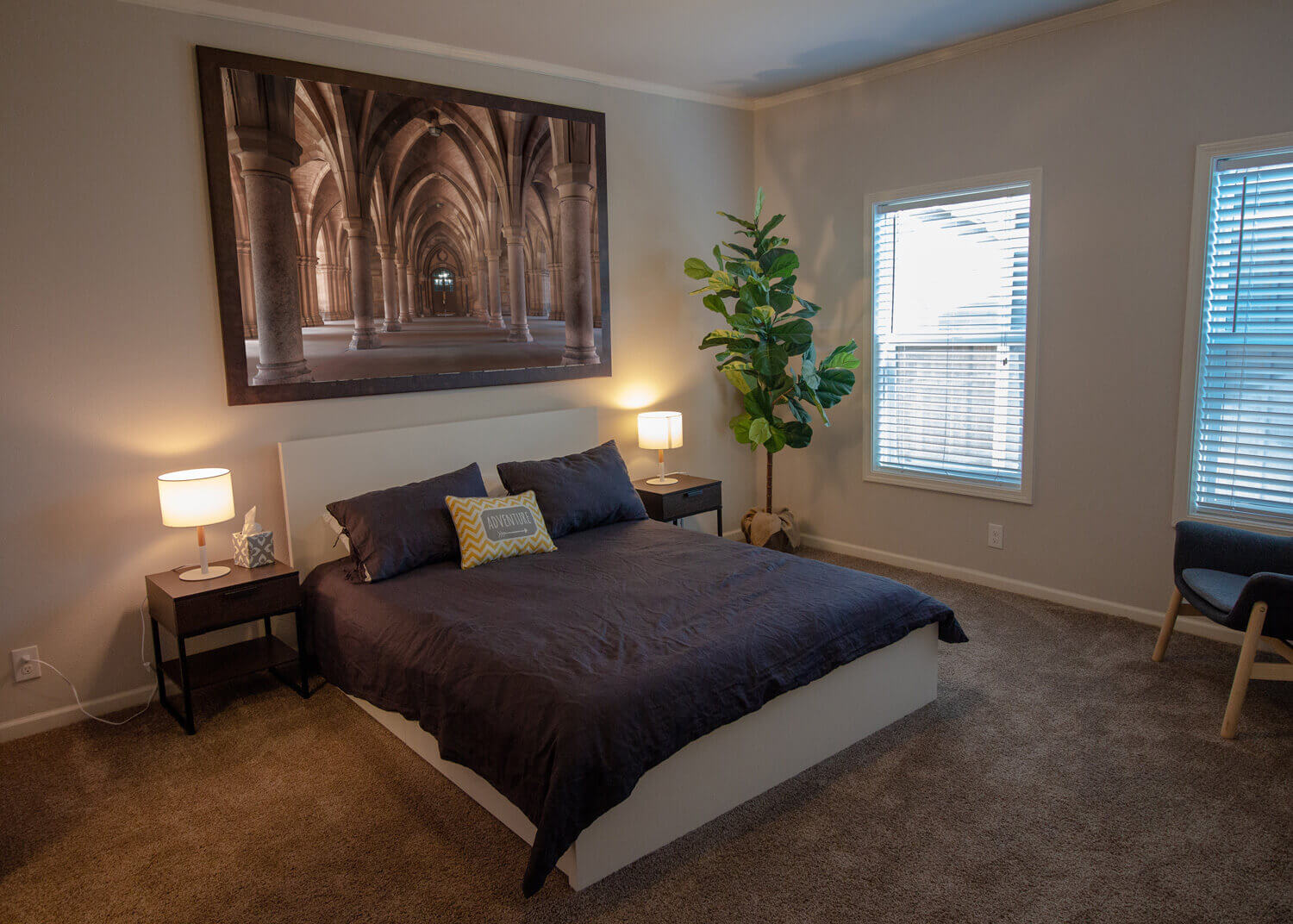 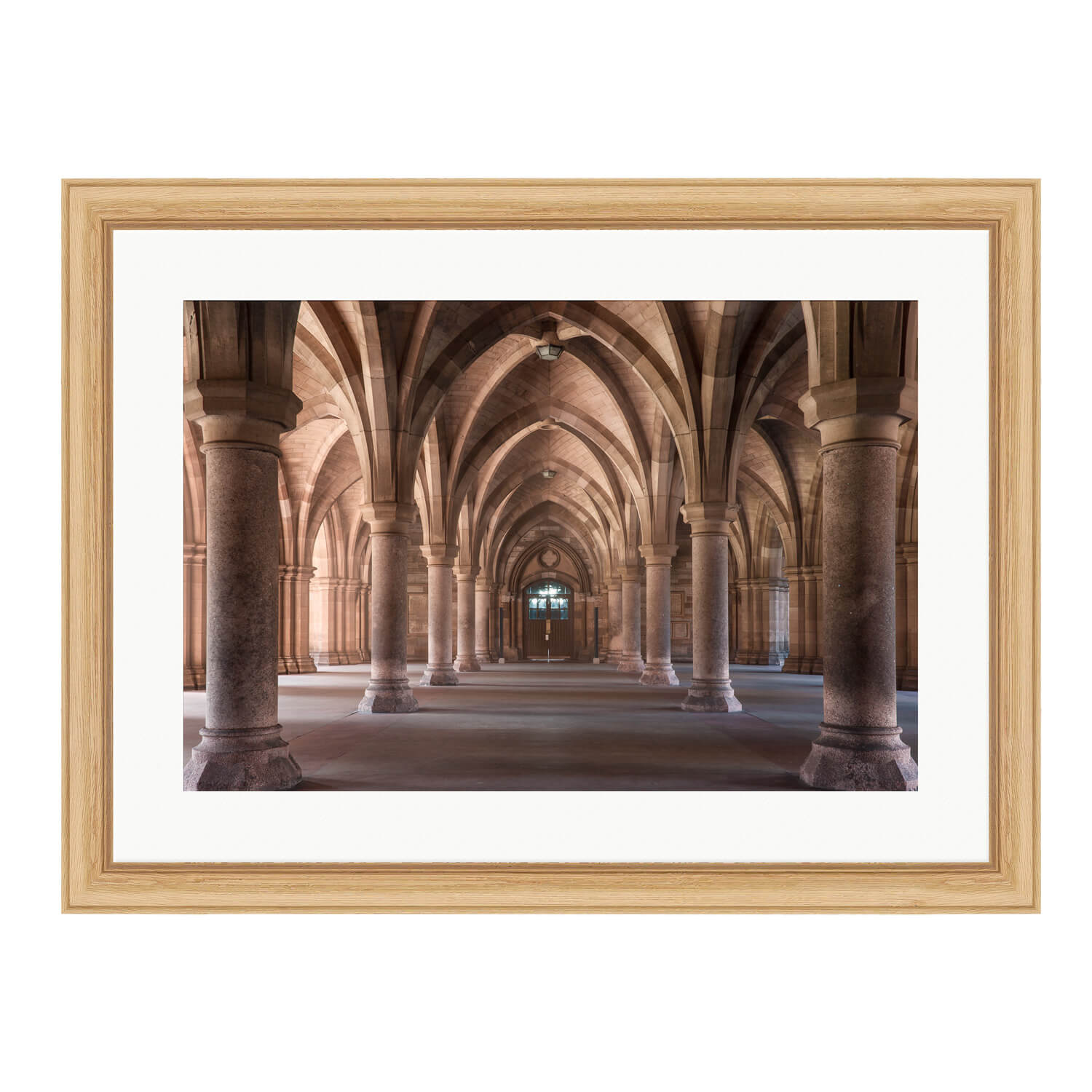 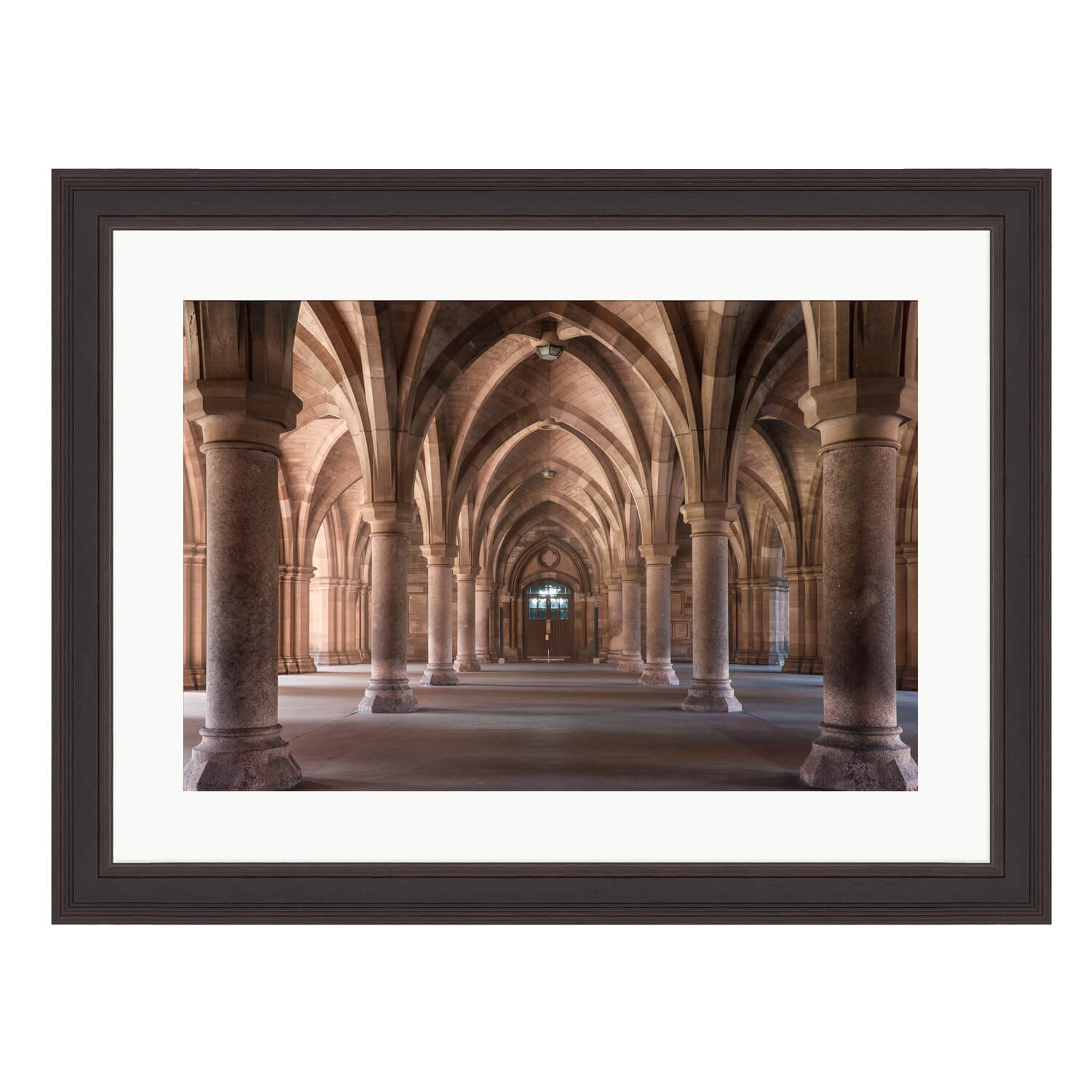 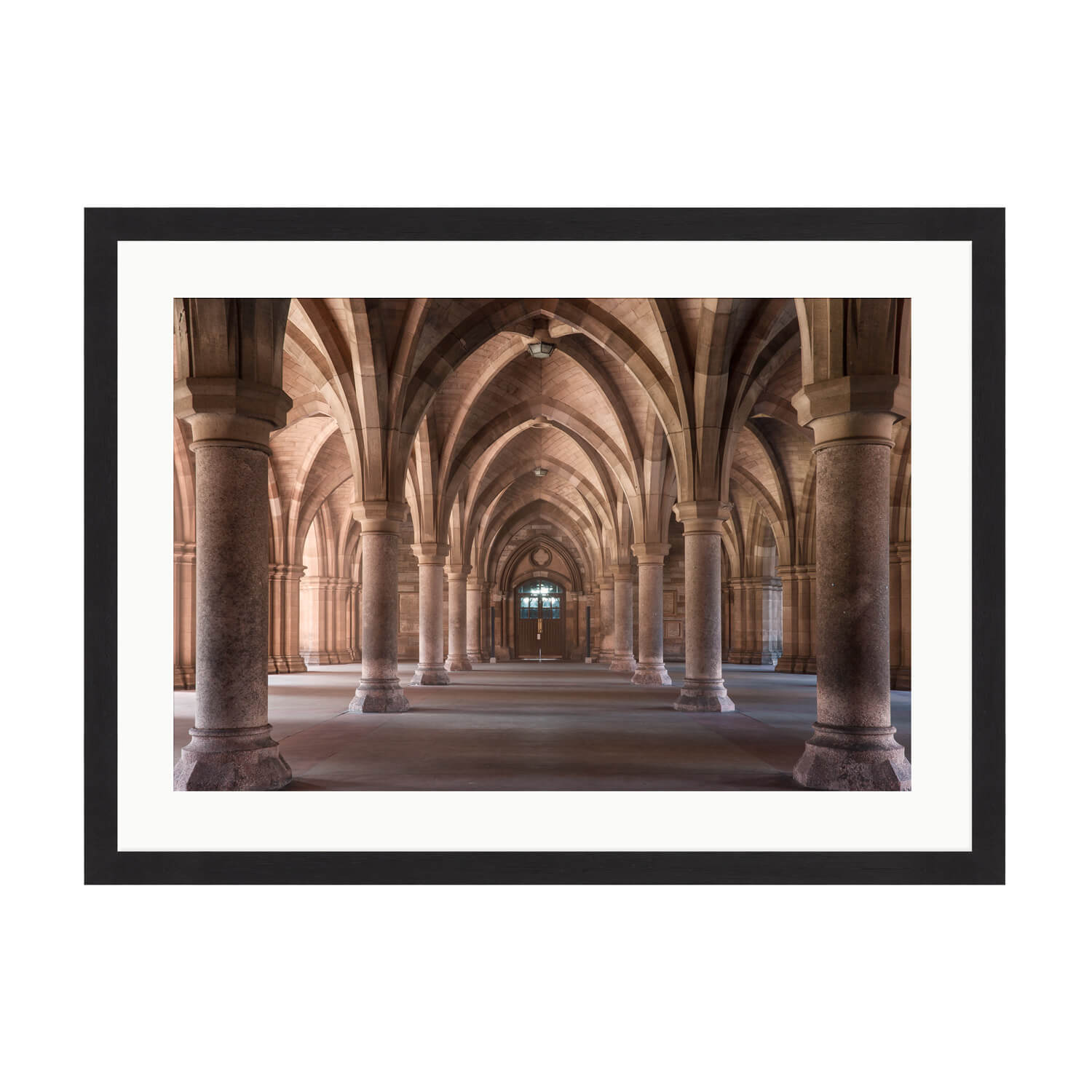 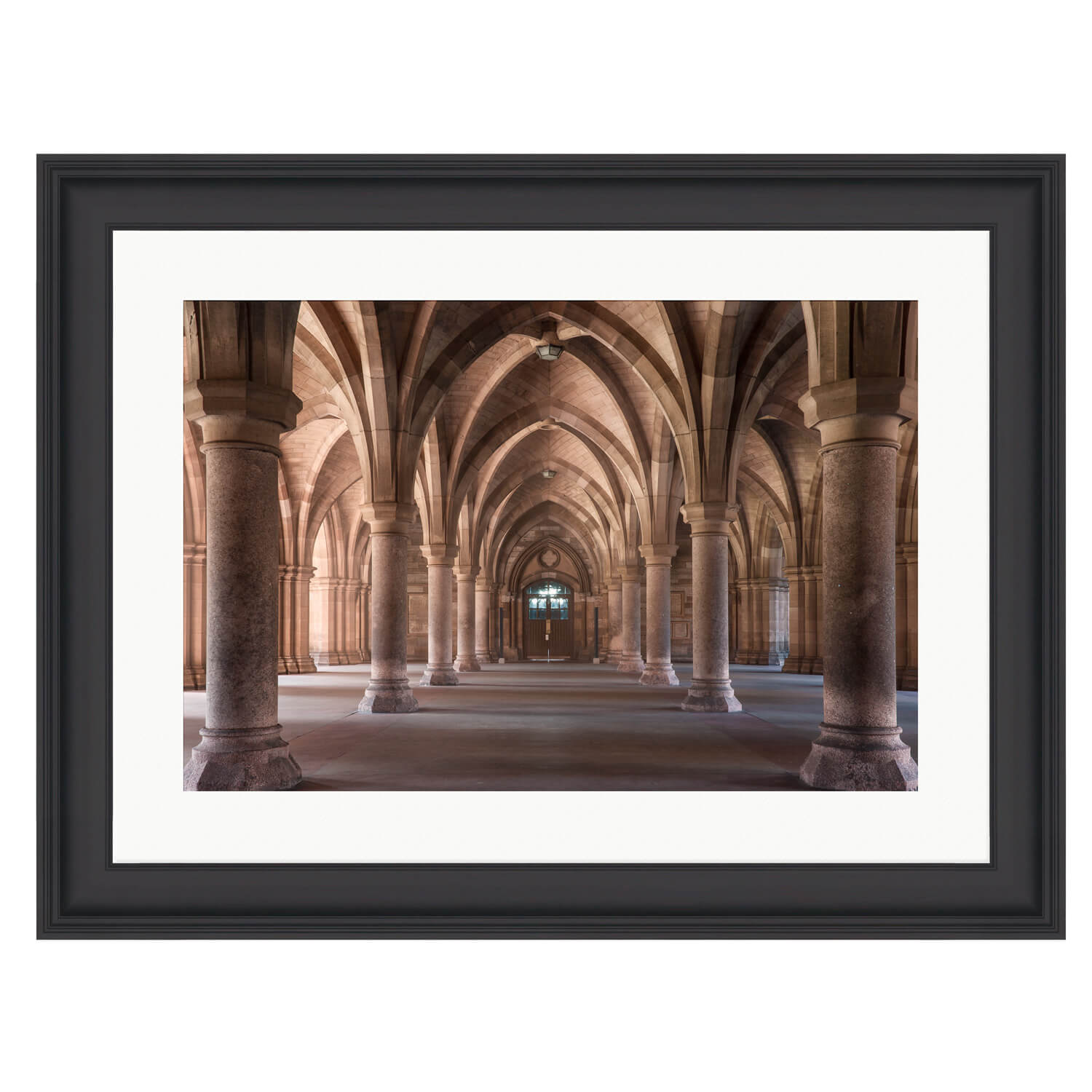